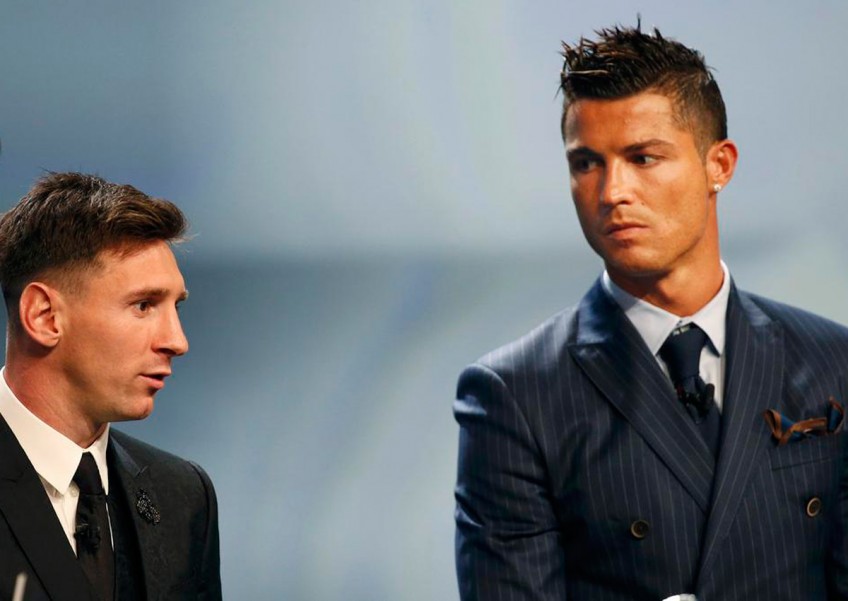 Real Madrid's blockbuster 'BBC' forward line and Barcelona's devastating 'MSN' trio are set to go head-to-head for the 2015 Ballon d'Or award after all six were named on the 23-man shortlist by FIFA on Tuesday.

Real's Cristiano Ronaldo, who set a club scoring record with his 324th goal on Saturday, will be going in search of his third consecutive World Player of the Year award.

He faces competition from his team mates Karim Benzema of France and Welshman Gareth Bale who make up the Spanish side's 'BBC' frontline.

Barcelona, who won La Liga, the Champions League and domestic cup last year, have the most players on the shortlist with Spanish midfielder Andres Iniesta, Argentine defender Javier Mascherano and Croatian Ivan Rakitic joining their front three on the award.

Vidal is joined by Chilean compatriot Alexis Sanchez after their Copa American success in July.

Manchester City midfielder Yaya Toure, winner of the last four African Player of the Year awards, is the only non European or South American to make the list.

The list was composed by the FIFA Football Committee and a group of experts from France Football. The winner will be announced in Zurich on Jan. 11.