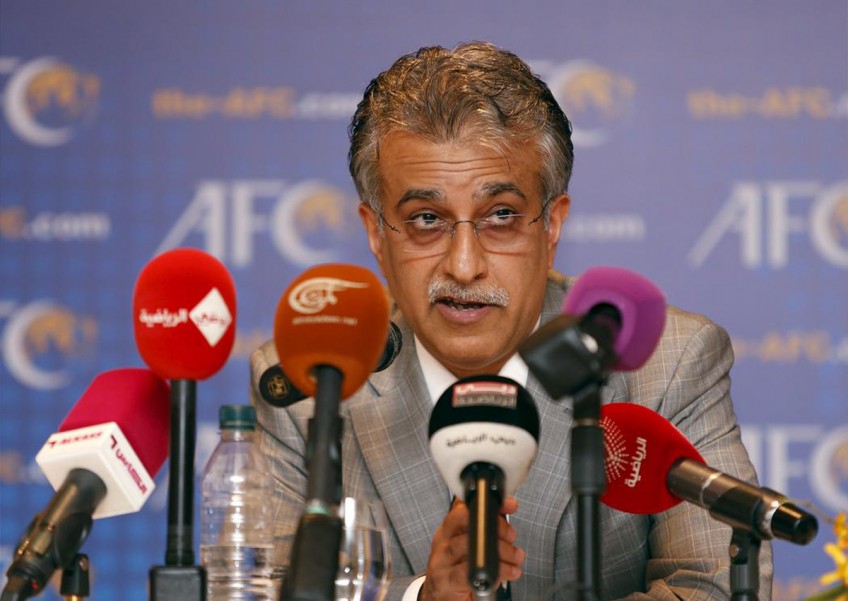 Eight candidates had confirmed their bids but FIFA will not publish the final list until later on Tuesday.

Swiss lawyer Infantino's campaign in particular will come as a huge blow to suspended UEFA president Michel Platini's own faltering hopes in the February election.

Asian football chief Shaikh Salman pledged to get the scandal-tainted FIFA organisation "back on the right track", but the biggest shock-waves were created by the multilingual Infantino, who has the "full backing" of UEFA's Executive Committee.

Infantino's announcement would appear to place Platini, who is currently serving a 90-day ban as investigations continue into a 1.8 million euro ($2 million) payment received from FIFA in 2011 without a written contract, in an uncomfortable position.

"We believe that Gianni Infantino has all of the qualities required to tackle the major challenges ahead and to lead the organisation on a path of reform to restore FIFA's integrity and credibility," said UEFA.

"We are delighted that Gianni has agreed to stand and he knows that he has our full support in his campaign to become FIFA President." Erstwhile favourite Platini officially remains a contender pending an examination of his candidacy when his ban ends on January 5.

Ten days ago, UEFA had pointedly failed to express explicit backing for its president after a crisis meeting at their headquarters in Nyon.

Infantino's announcement casts doubt over Platini's support within UEFA and poses the question on whether Infantino is being presented as a Plan B in case the former France star is prevented from standing.

FIFA's electoral committee must judge the integrity of all candidates, meaning Platini's bid could be compromised by his ban.

Platini's lawyers confirmed he had had a first appeal against his ban rejected on Monday, but the case is still to go before FIFA's appeals committee and his lawyers said they remained "convinced the appeals will eventually show his complete integrity and restore all his rights." Asian football chief Shaikh Salman also left it late to officially announce that he had entered the race to succeed Blatter.

The 49-year-old Bahraini royal has been the head of the Asian Football Confederation since 2013 and is familiar with FIFA from his role as a vice-president. He previously supported Platini's bid.

Salman said in a statement that he had decided to run "out of a wish to put the international organisation back on the right track and in response to calls by many members of the football community."

However, even without Infantino's announcement, his chances of receiving the backing of European federations may not have been helped by the fact he has been heavily criticised by human rights campaigners for his role in suppressing pro-democracy demonstrations in Bahrain in 2011.

Another heavyweight candidate to come forward is Tokyo Sexwale, the 62-year-old South African anti-apartheid campaigner who was once jailed alongside Nelson Mandela, serving 13 years of an 18-year sentence on Robben Island on terrorism charges.

His non-footballing background could serve as a handicap, though, given that it is the presidents of FIFA's 209 member federations who elect the new chief.

Other confirmed candidates include the Jordanian Prince Ali Bin Al Hussein, the 39-year-old brother of Jordan's King Abdullah who was the only adversary to Blatter at the previous election in May this year and can boast that he took the veteran Swiss to a second round of voting before withdrawing.

But on that occasion he had the backing of UEFA, something he is likely to have to do without this time.

French former diplomat Jerome Champagne, 57, spent 11 years working for FIFA between 1999 and 2010. Unlike his previous bid in May, he has managed to get the necessary five signatures from national associations.

But he appears to lack the necessary clout, a problem also faced by David Nakhid, the former Trinidad and Tobago captain.

In addition, Liberian FA chief Musa Bility confirmed to AFP on Monday that he had entered the race.

FIFA's electoral committee is set to meet on Tuesday to study each bid and the integrity of the candidates, with the exception of Platini, who must wait until the end of his ban.

One name which will be missing will be that of South Korean businessman Chung Mong-Joon, who announced on Monday that he was withdrawing because of a six-year ban imposed on him by FIFA's ethics committee.

Swiss former FIFA general secretary Michel Zen Ruffinen said he would not stand while Brazilian legend Zico has long admitted he was struggling to secure the necessary five signatures.