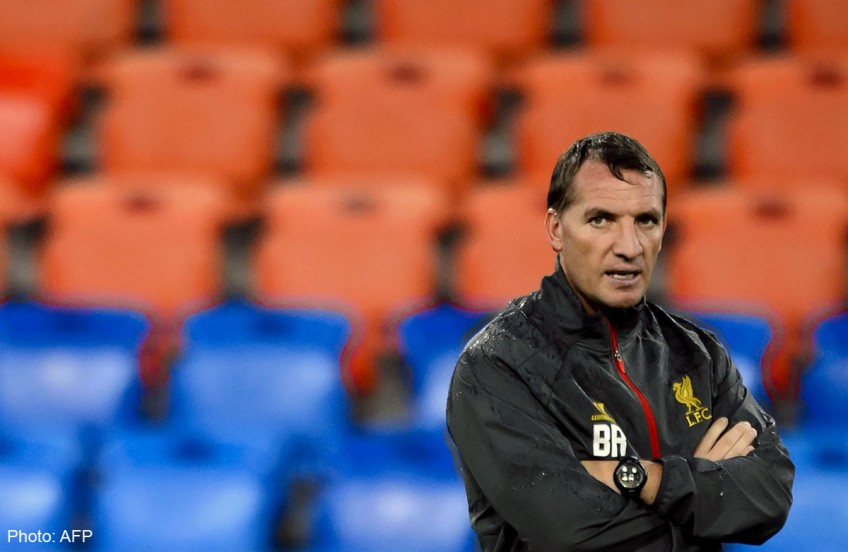 Arsenal manager Arsene Wenger knows all about the ups and downs of football management and expressed sympathy for his beleaguered Liverpool counterpart Brendan Rodgers ahead of their clash at Anfield on Sunday.

Rodgers is facing a stern examination of his managerial credentials this season, with last year's Premier League runners-up 11th in the table. Wenger, who has been Gunners boss for 18 years and survived his fair share of challenges, said: "I've sympathy for every single manager in the Premier League.

Everybody goes through periods where it goes a bit less well. "Our job is to survive crises. Part of the job, not all the job. "When you want to make a long career, you cannot only win, unfortunately."

Arsenal return to Anfield, where last season they lost 5-1, on something of a high after victories over Galatasaray and Newcastle, finding the net four times in each game. They conceded four goals in the opening 20 minutes last term against a rampaging Reds as their title challenge unravelled.

"We've won five of our last six games," Wenger said. "We want to continue our strong run. We had a good game against Newcastle and Sunday is a good game for us to show that we can have continuity in finding a good balance between attacking well and defending well.

"Liverpool are always very strong at home and that's why we want to continue to be faithful to our philosophy and play our game, but as well be solid defensively."

Asked if the pain of last year's loss at Anfield lingers, Wenger added: "Every defeat hurts. Every defeat is a scar in your heart forever. We have as well very good memories at Liverpool. We won many games at Liverpool as well. "And even last year, we lost against them. A week later against the same team we won 2-0 at home in the FA Cup.

"Liverpool last year scored over 100 goals in the championship, they were very good going forward. "This season they've scored 19 until now so they are not on the same trend offensively, but I must say they started out the blocks very strong and we were too late to get into the game." Wenger is not yet looking beyond the next few games, though.

Wenger's latest challenge is managing a busy treatment room. Theo Walcott, Alex Oxlade-Chamberlain (both groin) and Nacho Monreal (ankle) face fitness tests to determine if they can play at Liverpool. Calum Chambers is back from suspension, but Laurent Koscielny (calf), Mikel Arteta (calf), Mesut Ozil (knee), David Ospina (thigh), Abou Diaby (calf), Jack Wilshere (ankle), Tomas Rosicky (thigh) and Serge Gnabry (knee) are all still out. And Wenger fears midfielder Aaron Ramsey will be out until the new year with his hamstring problem.

The Frenchman said: "I'm scared that he will miss the Christmas period. He should be back end of December, early January."