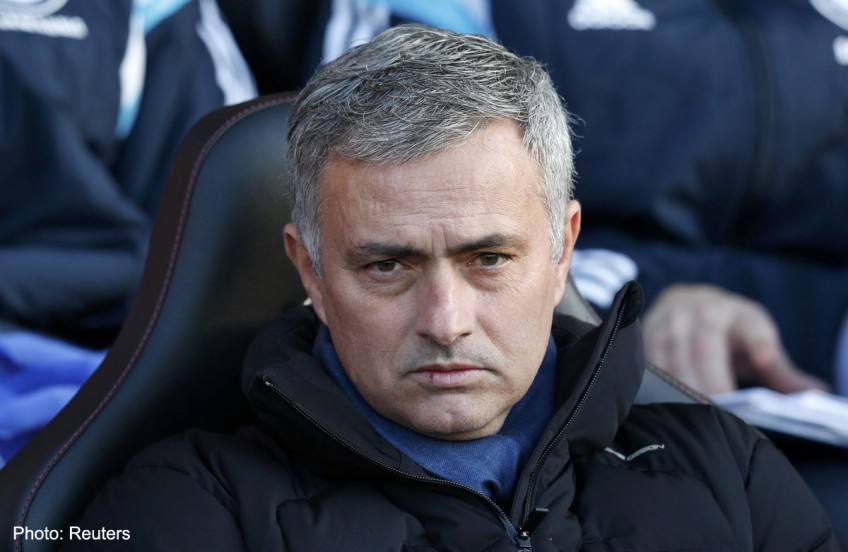 He's at it again.

Jose Mourinho says there is a "diving campaign" against Chelsea and that's how the Blues boss likes it.

He uses anything, everything, to cultivate a siege mentality. He wants his players to believe it's them versus the rest of the world. He tries to deflect attention from a disappointing result.

He says referee Anthony Taylor made a mistake in booking Cesc Fabregas for diving in the 1-1 away draw against Southampton last Sunday, when he should have given Chelsea a penalty instead.

He calls it a "scandal". He says it's a big moment, and would you believe it, as big as "Big Ben".

But it's an old tactic that he has perfected into an art. If there indeed is a scheme brewing, it's flowing the other way around.

In one fell swoop, the 51-year-old Portuguese has put pressure on all the referees who will be officiating their games for the rest of the season.

So, was there contact between Matt Targett and Fabregas in the penalty box? Yes.

Did Fabregas intentionally reach out to make contact so that he could go down in the area? Only he knows. But to still be talking about this is missing the point.

The incident at the centre of the storm has taken a devious turn and charted a different course.

Mourinho plays a mean game in people's heads. He has grabbed the opportunity to twist their minds.

By claiming that there's a "campaign" against them, he has mounted his own movement.

Referees will now think twice before cautioning his players for diving. The uncertainties will lurk at the edge of their subconscious.

Mourinho can recall the opening match of this season against Burnley when Diego Costa received a yellow card for simulation. Replays show that the referee was wrong. But the mind remembers what it wants, or chooses, to.

Just recently, Costa and Willian were booked in the match against Hull City for the same offence.

And Gary Cahill, who was already on a yellow, should have received a second and thus his marching orders when he dramatically fell in the box in the same game.

He hasn't brought these up and he won't.

Neither can one expect him to bring up his past rants.

His simmering rivalry with Arsenal manager Arsene Wenger has seen him calling the Frenchman several things, including "voyeur" and "specialist in failure".

He insinuated something sinister, after a Champions League clash with Barcelona, by claiming he saw the opposing team coach enter the referee's room at half-time.

Look up the Internet and there is an entire catalogue of such examples.

Mourinho says what he wants, as a means to an end.

Just don't take him too seriously.

"In other countries where I worked before, tomorrow in the sports papers it would be a front-page scandal because it is a scandal. It is because it is not a small penalty - it is a penalty like Big Ben. In this country, we will just say that it was a big mistake with a big influence in the result... People, pundits, commentators, coaches from other teams - they react with Chelsea in a way they don't react to other teams. They put lots of pressure on the referee and the referee makes a mistake like this. We lose two points, Fabregas earns a yellow card."

"There was definitely contact. I don't think the referee had the best game of his life, but we're all human and a bad day at the office can happen to anyone."

- Cesc Fabregas on referee Anthony Taylor's decision to book him for diving during the 1-1 draw with Southampton.

This article was first published on December 30, 2014.
Get The New Paper for more stories.