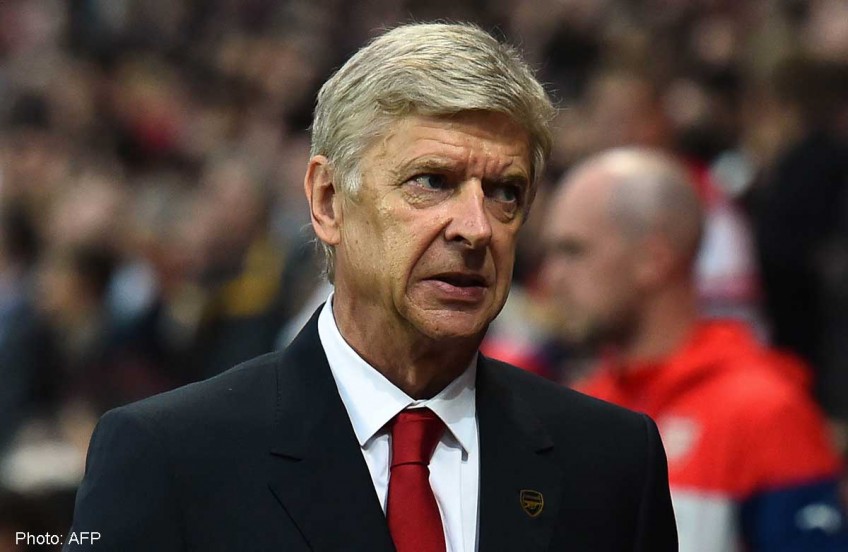 NEWCASTLE, United Kingdom - Arsenal's 2-1 win at Newcastle United moved them to within four points of Premier League leaders Chelsea, but their manager Arsene Wenger believes that another statistic is equally relevant.

Even after Chelsea complete their next match at Hull City on Sunday, Jose Mourinho's team will still have played one match fewer than Arsenal and that is a significant factor, according to Wenger.

"Chelsea have good security at the moment. I feel they have enough of a cushion to be quite serene," said the Frenchman.

"We have Manchester City in front of us and behind us it is tight as well. The only thing we can do is to win our games.

"I think Chelsea have too much security. I just think at the moment we are not concluding, we are in a fight. You have seen the game today (Saturday) - in every game, we need to turn up and fight until the last minute to get the points.

"That's what we have to do: just go for the next game and win it. Look, the players want to do as well as they can. We know we have a fight first to be in the top four. We will go step by step, game by game." Arsenal were certainly forced to battle until the final seconds of their latest victory on Saturday, which was their seventh in succession against Newcastle.

Once again, they were indebted to their striker Olivier Giroud, who scored twice in the opening 28 minutes to take his goal tally for the season to 17 after he missed the first three months through injury.

But Giroud faded along with most of his team-mates who had played at Monaco in mid-week, when Arsenal crashed out of the Champions League on away goals despite a 2-0 victory at the Stade Louis II.

Newcastle 'not in flip-flops'

"We had an outstanding first half going forward. We were very fluent and created chance after chance," Wenger added.

"Then the last 40 minutes were difficult because our legs had gone a little bit and Newcastle played well. Now we have a break when everybody goes on international duty and I hope they all come back fit." The international break is of less concern to the Newcastle manager John Carver, who is already looking ahead a fortnight to the derby game at Sunderland.

"It's good to put in a good performance in the game before the derby," he said. "Our preparation for that game starts now because we've not had a win against Sunderland for a while." Carver felt that his side's second-half display was the perfect response to former Manchester United player Phil Neville's claim that his players had been "playing in flip-flops" in last weekend's 3-0 loss at Everton.

Neville tweeted during this game that Newcastle were putting in a "brilliant performance", which Carver said was "nice", adding: "I didn't realise that had happened." But he added: "There certainly wasn't anyone on the beach with their flip-flops on, that's for sure.

"After the comments last week - which were ridiculous, from ex-players - every single one of them, and I include the lads who came on the pitch as second-half substitutes, gave everything for this football club.

"It showed that they are not on their holidays yet."