Is 'foreign' as foreign as students are taught? 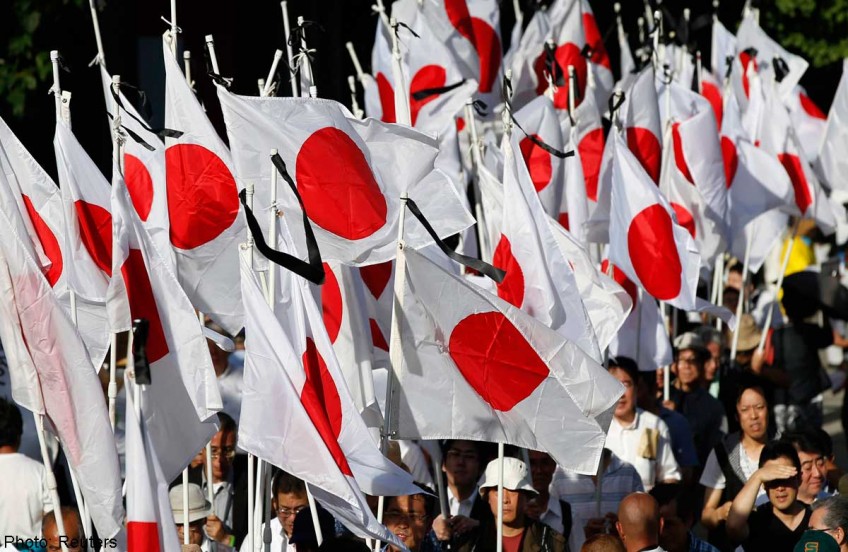 What was I to make of this Japanese sign posted in the entrance to a parking area? Did the proprietor have a general issue with foreigners or some bizarre nationalistic loyalty to Japanese vehicles? I tucked my compact Opel into one of the available spaces and took my keys to the booth.

Since the proprietor did not bat an eyelid, I assumed that he had either failed to notice that my car was German or did simply not care. I took the lead.

"Umm, I noticed that the sign says foreign cars will be refused," I began.

"Yes, they are too big for our spaces. They don't fit," came the reply.

You can understand why a silence ensued before I added: "Excuse me, but if size is the real issue, why not just ban cars of a certain size, regardless of where they were made? After all, there are large Japanese cars and small foreign cars."

A few days later when I passed the same parking area the sign had been removed. No, the proprietor was not some intractable racist but simply a little naive and prejudiced, making assumptions about "the foreign" that were unwarranted.

I've had a similar experience at a real estate agent, where the landlord of a desirable property explicitly forbade foreign tenants, and at a pension whose Internet listing refused foreign guests. In the former case, after the agent explained to the landlord that I was gainfully employed, fluent enough in Japanese, and quite familiar with Japanese customs, the landlord said there would be no problem.

Apparently, she had held a rigid view of foreigners as being non-Japanese speaking temporary presences who either would not or could not adapt to the rules and customs of tenancy. In the pension case, I called the manager in Japanese and she had no problem accepting me as a guest.

She had placed the exclusionary notice because she couldn't speak English and therefore was worried that foreign guests might be dissatisfied.

These too were cases not of virulent racism but of overgeneralizing and false assumptions. If the problem in the case of the apartment is the reliability of the tenant, then that, and not nationality, should be the criteria. In the case of the pension, merely stating that service is in Japanese only would suffice.

Eido Inoue is a naturalized Japanese American-born IT engineer who has established an Internet presence by reaching out to Japanese business owners who have placed similar exclusionary notices regarding their businesses.

One notable case regarded a tempura shop in Tokyo's Asakusa area in which a sign refusing service to foreigners was posted. Yet the visibly Caucasian, Japanese-fluent, Inoue was served without hesitation.

When Inoue inquired as to the purpose of the sign, the elderly owner explained that some non-Japanese speaking diners had been confused about the nature of set meals and other issues surrounding orders, resulting in heightened tensions.

Inoue soon persuaded the owner to change the sign into one that explains service is in Japanese only. Inoue has also contacted several lodgings listed on a popular accommodation website which also stated refusals to house foreign guests, again discovering that assumptions about language skills, and not racial antipathy, lay behind the notices - which were soon removed.

A Japanese commentator using the online pseudonym "Ponta" similarly managed to persuade the owner of a restaurant in Tokyo's Tsukiji-area that the problem was not foreign diners, to whom the sign forbade entry, but adherence to restaurant protocols, regardless of nationality.

Likewise, Ponta advised a Kobe bar manager who had dealt with some rowdy foreign drinkers, that unruly behaviour, not race or nationality, should be the criterion for refusing entry. The manager understood and complied.

How, one might ask, does any of this connect to English education in Japan? To me, much of the problem lies in the English teaching materials used to depict foreigners, which leads both Japanese and foreign teachers to unwittingly create, or endorse, a sense of intractable difference between the two groups. People are assumed to be so locked into a single linguistic or cultural milieu that it preludes their ability to participate meaningfully in another.

After all, when the emphasis in Japanese-to-non-Japanese interactions in teaching materials is invariably placed upon "cultural differences," a sense of distance and otherness - a debilitating hypersensitivity towards possible misunderstandings - is reinforced.

Since most foreigners in Japan will have some familiarity with, and an understanding of, Japanese language and customs, why not promote such characters in classroom dialogues and descriptions?

Why not foster the ability to sense a gradation between the new or temporary foreigner and the more knowledgeable and stable long-term resident, rather than lumping them all under the heading of "wholly other"?

Just as some foreigners in Japan should curtail their pathological predisposition to attribute all such cases to racism, so should Japanese students and business proprietors avoid the propensity to assume that foreigners are unable (or unwilling) to operate in this society, a presumption often based on an exaggerated sense of difference - and too often reinforced by both English teachers and teaching materials.

Guest is an associate professor of English at Miyazaki University and author of the novel "The Little Suicides." He can be reached at mikeguest59@yahoo.ca