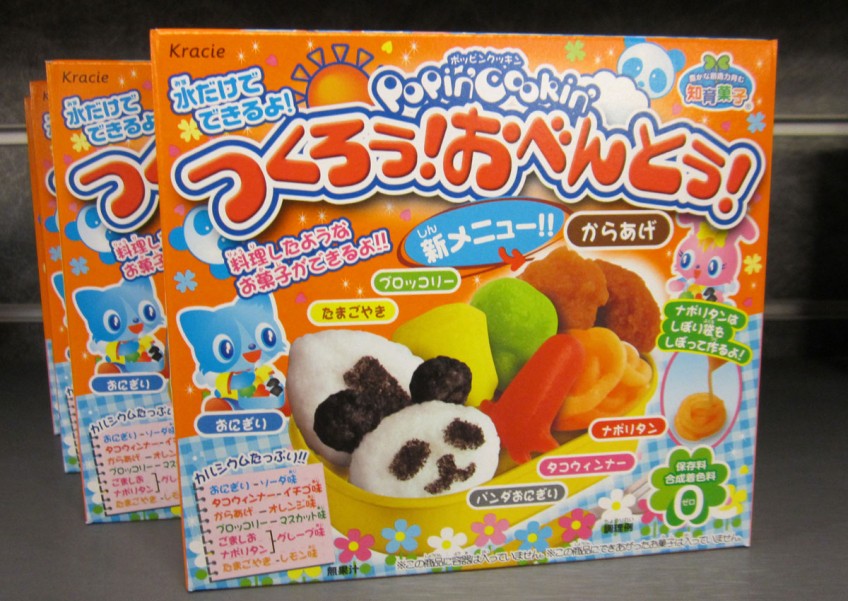 More and more foreign tourists are being drawn to Japanese kits for making candy by mixing powdered ingredients with water.

Such kits are called “chiiku-gashi” (intellectual education candy), and let users enjoy both the process of making candies and the candies themselves. Kits that produce candies resembling foods such as sushi and bento lunch boxes sell for ¥100 to ¥300 each, and are especially popular among foreign tourists, according to a manufacturing company and other sources.

With the chiiku-gashi kits, people can make candies in desired shapes by mixing powders containing sugar and gelatin with water and kneading the mixture. Fans of such candies in Japan and overseas have shown how they’re made on video-sharing websites, which reportedly led to growing interest among foreigners in these “confectioneries existing only in Japan.”

Kracie Foods, Ltd. sells the Popin’ Cookin’ series of candy-making kits and other chiiku-gashi products. Expecting higher demand among foreign tourists, it displays its products at airports and variety stores along with descriptions in English, Chinese and other languages.

Kracie Foods’ sales of chiiku-gashi products were ¥3.8 billion (S$44.3 million) in 2014, almost double the level in 2010. The company said it is considering exporting the products overseas.

According to a toy store in Tokyo’s Ginza district, where there are many foreign customers, many foreigners buy five or 10 candy-making kits at once.