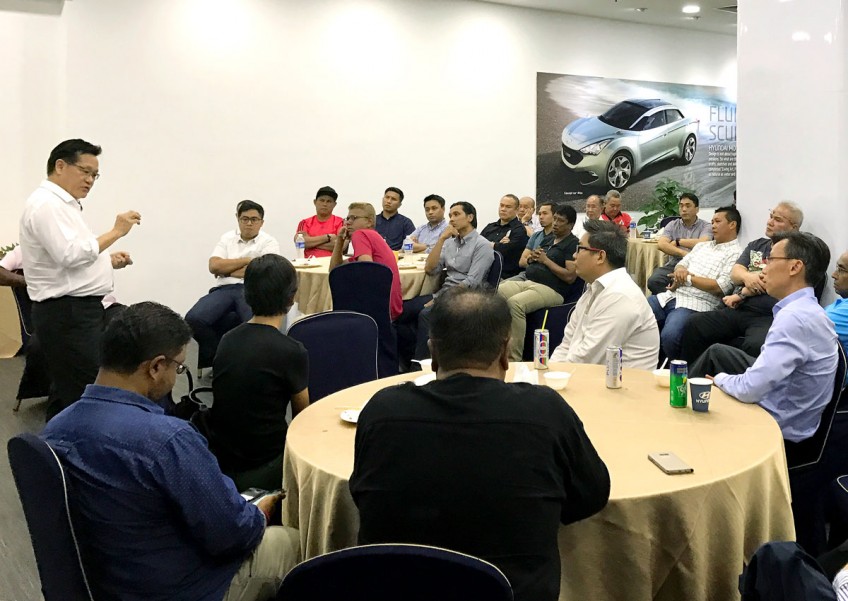 He has received flak for his comments in a video posted by The Straits Times, but Teo Hock Seng insists that he was not casting aspersions over Bill Ng's intention to lead a team to contest the Football Association of Singapore (FAS) election.

In a video recorded at the sidelines of a Sultan of Selangor's Cup press conference last Friday, Teo had used the phrase "hidden agenda" while addressing why his team - led by FAS provisional council president Lim Kia Tong - are sincere and should lead the sport.

Several in the football fraternity decried the move as character assassination of Ng, who leads the other team contesting the landmark April 29 election.

Speaking to The New Paper during a meeting between his team and National Football League clubs on Monday night, Teo said he has been misunderstood.

"I had no intentions to cast aspersions on (Ng's) intentions to run. I'm a businessman and I talk in an open fashion. I always want to be straight, that's what I'm trying to say," said the former Tampines Rovers chairman, who turns 71 today.

"There are no other implications."

In the video, Teo had said: "They've got a big manifesto, but let's ask: Have you got a hidden agenda coming to football?

"No. This group, we are open, we're here with no other objective than to make football right in Singapore. That's very critical.

"Those are my points about why we should come in and have the right to operate and run football to the best of (our) ability in Singapore."

The video was edited later, omitting the phrase "hidden agenda".

Teo asserted that despite the fact that he had meetings with Ng about the election, there was no bad blood between them and he does not think that his words in the video should change the situation.

"I'm not against Bill, and he's not against me. I was accused of meaning something with the phrase 'hidden agenda' that I did not.

"I cannot stop people from interpreting it how they want to.

"But I want to make it clear that there was no intention to cast aspersions on Ng."

Teo, who revealed that he did not know the interview was being recorded, added: "And although I'm not in his camp, that thinking has not changed, it is the same."

Lim also received flak for his comments in the video, but he declined to comment.