Formula One: Hamilton within reach of third title in Texas 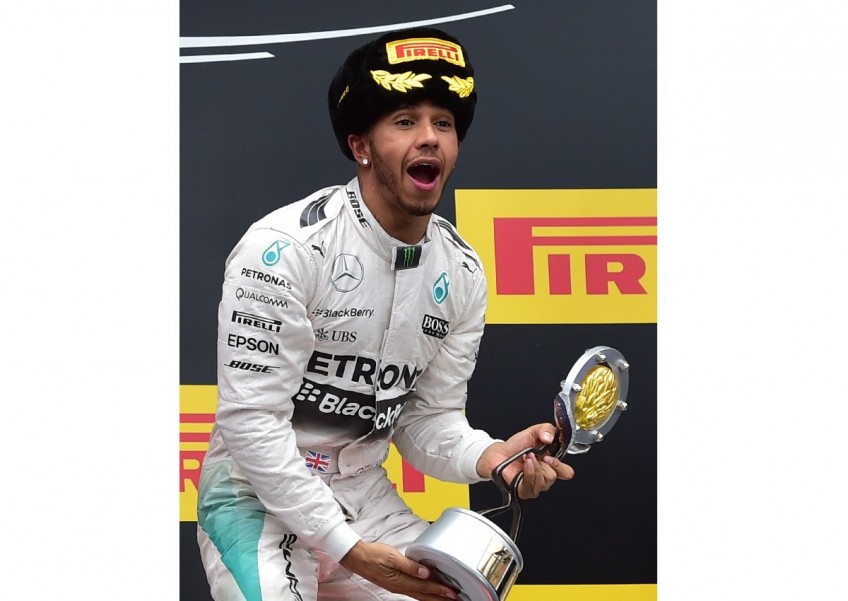 A third victory in four years at the Circuit of the Americas, with four-time champion German Vettel outside the top two finishers, would be enough for him to add a third title to those of 2008 and 2014.

The 30-year-old Briton has won nine races this year for a total of 302 points, a lead of 66 ahead of Vettel, who has won three times to accumulate 236 points in his first season with Ferrari.

Hamilton's Mercedes team-mate, German Nico Rosberg, who also has won three races, is third with 229 points, his challenge hit by retirements this year, notably in the Russian Grand Prix earlier this month when he led the race after starting from pole position.

Hamilton, however, is taking nothing for granted as he seeks to secure the title on his favoured American soil where this week, according to his Instagram account, he has been hanging out with Hollywood film star Will Smith, who he described as "one of the most inspiring and wisest" people he had met.

"I'm going to take my time and work as hard as ever," said Hamilton. "My goal is to win a third title and until I achieve that there is no other goal. I feel incredibly fortunate to have this car.

"I love going to Austin - the track has been amazing for me since the first race. I am looking forward to it. It is a track where you can race and get close to people." Hamilton joined the team in their celebrations after retaining the constructors' championship at Sochi. "It was great to catch up with the team back at the factories and to celebrate together," he said.

"I can't say enough how grateful I am for all their hard work and it's important that we relish these moments. Austin is one of the highlights of the season for me - I love going to the 'States and I spend a lot of time here - so I am really looking forward to it "But I've learned from experience in this sport that nothing is ever done until it's done - so I am taking nothing for granted. I'll approach the race in the same way as all the others this year.

"I know there are four races left for me to get this championship tied up and, as long as it's done by the time I cross the line in Abu Dhabi, that's what really counts." Team-mate Rosberg may be left with only the slimmest of hopes of beating his team-mate to the title, but Mercedes team boss Toto Wolff is insistent that he is given every chance to succeed.

"It's been a proud week for us after winning the constructors' title and we now have four races left to make sure that we complete our objectives for 2015," he said. "Lewis is within touching distance and I know he is focused only on the next race.

"For Nico, bad luck has played a big part this year, but he is a fighter and he will push hard to the end.

"We have to make sure every little detail is covered now to give both drivers the opportunity."