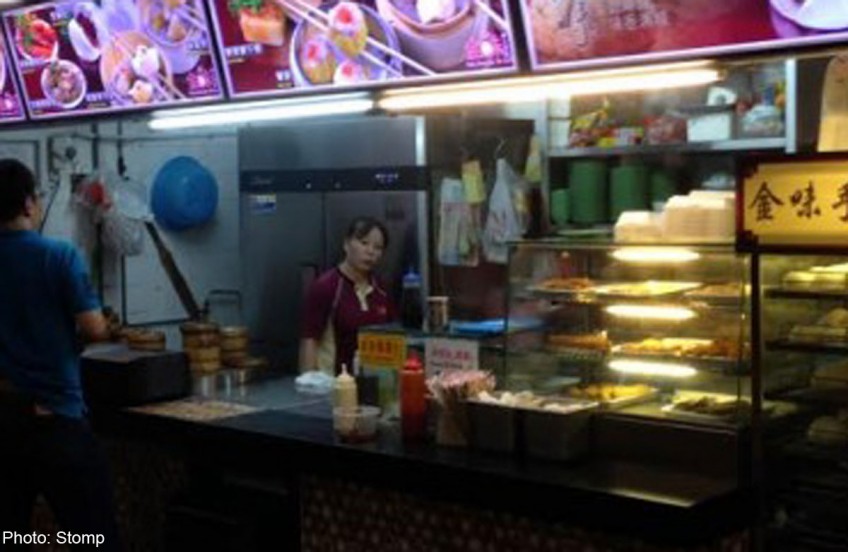 Stomp contributor Lee shares his bad experience with a stall helper at the dim sum stall at Yishun Block 925 on Mar 3.

The Stomp contributor said he asked the stall helper, a China national, politely if the food was hot after seeing it in the glass display, but she stared sternly at him and did not reply. He asked her again, and she shouted at him and told him that "of course the food was hot".

He was taken aback by her bad attitude and told her that he was not buying from her anymore. The stall helper then told him to "get lost" if he was not patronising the stall. She said she didn't need his business and would just throw away the leftovers.

Stomp contributor Lee then told the stall helper off and walked away to buy fish noodles beside her stall. When he walked past her, she murmured in Mandarin and when he looked at her, she yelled asking what he was looking at.

"She even shouted, 'Do you know who I am? She was so aggressive and behaved like an ah lian.

"I didn't want to quarrel with her so I went back to my table to take my food. During the whole process, she kept staring at me and made me feel very uncomfortable.

"After finishing my food, I went over and took a picture of the stall. When she saw that, she screamed vulgarities at me and even wanted to take a hand towel to throw at me! This is by far the worst service I have ever encountered.

"Even if this is a coffeeshop, I feel that everyone who patronise should be treated with good service and respect.

"If anybody doesn't believe my story, please go there at night and experience her 'service' yourself and decide."