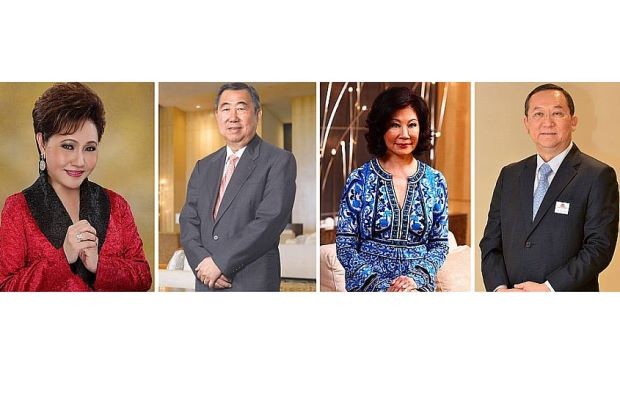 They are alongside 40 honourees from 13 countries, including a mix of billionaires, entrepreneurs and captains of industries, who have made newsworthy donations in the past year.

The list also recognised those with a long record of supporting worthy causes.

It also enabled the distribution of water filters and rice cookers in rural Sabah earlier this year.

Leong has disbursed more than US$2.5 million (S$3.4 million) to education initiatives such as funding students and refurbishing classrooms, as well as for the Nepal earthquake relief and other projects.

The list includes two Singa­poreans - Sino Group chairman Robert Ng who set up the Ng Teng Fong Foundation in 2010 which donated US$92 million to rebuild a hospital in Jurong, and Tan Chin Tuan Foundation chairman Tan Kheng Lian, who is the daughter of the late OCBC chairman and philanthropist Tan Chin Tuan.

China has five entries in the list, including Tencent Holdings chairman and chief executive officer Pony Ma, who pledged 100 million shares of his Internet service provider - worth US$2.3 billion - to the Tencent Foun­­dation which supports healthcare, environment protection and new technology.