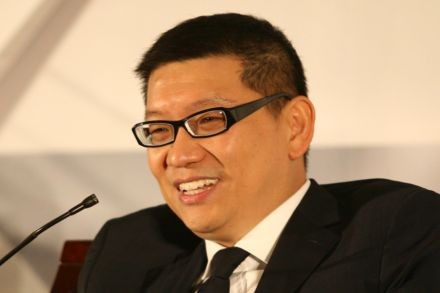 High starting valuations, low interest rates and a modest and uncertain outlook for economic growth imply weaker returns and higher uncertainty for the next one to two decades, GIC says.

"GIC anticipates significantly lower and more volatile returns in the next 10 to 20 years, compared to our experience in the last two to three decades," GIC said in its annual report.

The sovereign wealth fund's thesis starts with the observation that valuations are historically rich at the moment. Current equity earnings yields are around the 2-5 per cent region, which historically has paid an annualised total return of only around 5 per cent plus or minus a few percentage points over 10 years.

Bond yields are also near all-time lows, with the US 10-year nominal Treasury benchmark yield at 1.5 per cent as at end-June.

For an investor such as GIC, which maintains a portfolio profile that is comparable to a 65 per cent equity allocation and a 35 per cent bond allocation, that suggests a nominal return of about 3-4 per cent per year over the next 10 years for a US portfolio. Adjusting for expected inflation of 2 per cent, the annualised real rate of return for a US portfolio would be only 1-2 per cent over the next 10 years, well below the historical average of 5.2 per cent, GIC said.

The high valuations are even worse when taken in the context of today's low interest rate environment. Unlike in the 1980s, when asset prices were also high but interest rates fell afterwards to boost economic performance, interest rates today are unlikely to fall further with government bond yields already close to zero or even negative. When interest rates begin to move higher, they will weigh on asset prices and potential returns.

In addition, the fundamental economic outlook is cloudy. High debt levels in both developed and emerging countries will exact a cost on growth and the efficacy of macroeconomic policies, GIC said.

Grassroots pressure could lead to protectionist policies, and public sentiment could turn against globalisation and foreign investors such as GIC. It is also unclear whether technological disruptions would lead to productivity growth or structural unemployment.

Central banks are also running out of policy options, with unconventional policies such as quantitative easing or negative interest rates already deployed in the United States, Europe and Japan.

"If you gather all these things, you just don't see much upside," Mr Lim said.

GIC said that in the expected investing environment ahead, it continues to believe in its fundamental strategy of balancing a resilient and diversified asset class-based portfolio with active management that seeks to achieve outperformance, all while remaining within its risk mandate.

This article was first published on MONTH DAY, 2016.
Get The Business Times for more stories.