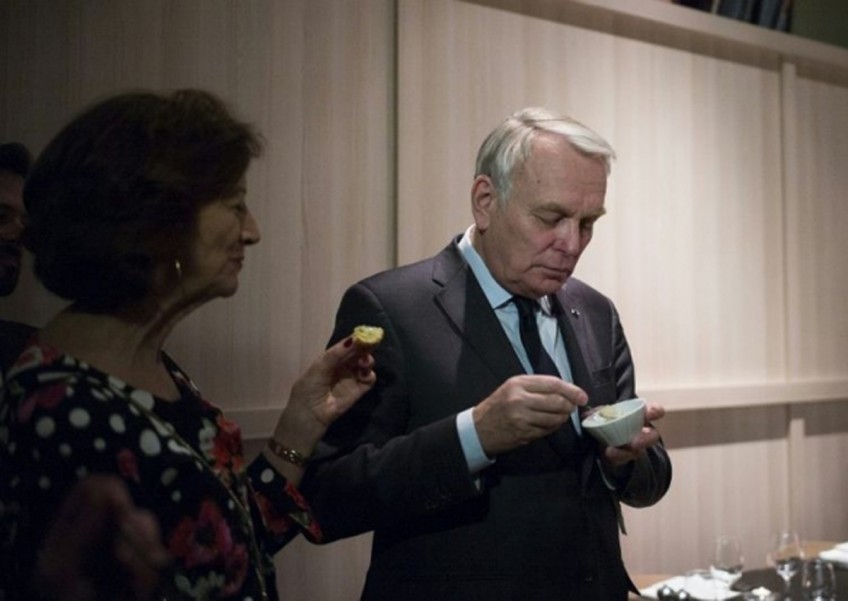 More than 1,700 chefs in 150 countries were conjuring up French feasts in bars restaurants, embassies and even a prison as a part of the "Good France" festival, a massive diplomatic push to promote its famed gastronomic culture.

Inspired by the "Epicurian dinners" held by the legendary cook Auguste Escoffier across the world in 1912, the idea was revived last year by superchef Alain Ducasse.

Actress and director Sophie Marceau, best known for her roles in the films "Pacific Palisades" and "Braveheart" was special guest at a dinner in the Indonesian capital Jakarta.

But the most unusual meal of all will be held in London's Brixton prison, where Gilles Quillot, head chef at the French embassy, has been schooling inmates in how to prepare white asparagus among other delicacies.

"I was a bit nervous at the idea of coming into a prison, as you would imagine," Quillot told AFP.

"But I have to say that the guys have been absolutely fantastic... I've already offered a job to one or two" when they are released.

The prisoners run a bistro called The Clink inside the jail where they feed up to 120 members of the paying public every night.

But the most colourful banquet promises to be in a Mughal palace in Udaipur in Rajasthan, where Sebastien Sanjou from the Michelin-starred Le Relais des Moines in the south of France is cooking up a feast for Holi, the Indian festival of colours.

French Foreign Minister Jean-Marc Ayrault will officially launch the dinners in Paris later Monday by sitting down himself to enjoy an aperitif and starters before tackling a main course, cheese and desert, all washed down of course with French wines and champagne.