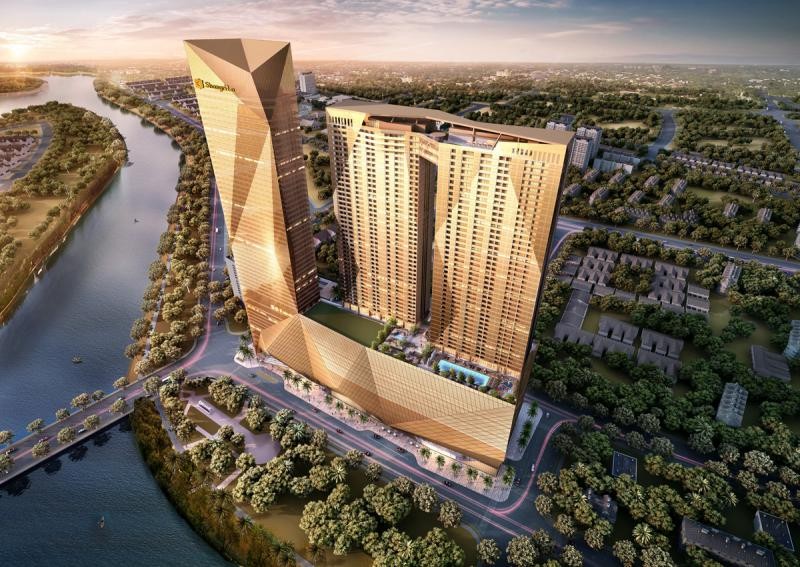 Oxley Holdings has taken its own style of smaller units to the Cambodian market, and is seeing some pleasing results.

The group, which bought its first site in Phnom Penh in June 2013, has sold nearly all residential units and about 70 per cent of small office home office (Soho) units at The Bridge, its first project there.

It started construction on its second project, The Peak, on Tuesday. It has sold nearly 50 per cent of units at one of the two residential towers, which comprises 507 units.

Both projects are collaborations with Cambodian developer Worldbridge Land. Oxley has another two development sites in Phnom Penh.

"When I first came here (Cambodia), I was pretty surprised to see so many young people, a lot of human traffic. The infrastructure was pretty good too.

So I felt we could introduce our concept of affordability and smaller apartments," Oxley founder and executive chairman Ching Chiat Kwong told The Straits Times.

In a market facing some condo oversupply, Oxley differentiates itself with its Singapore standards and better quality - taking in the Shangri-La Hotel brand for The Peak, for example, he said.

"We are like a branded residences, and people feel comforted that we are a Singaporean developer, listed in Singapore."

About half of the buyers at The Bridge were Cambodians while the rest were Singaporeans, Chinese and others.

While the average Cambodian salary may not be high, "affordability here ranges from about US$100,000 for a mid-level executive, and we have such units (for these buyers)", said Mr Ching, adding that payment schemes in the country are quite flexible.

The group has a presence in nine geographical markets, but in terms of trying to get new sites, its focus is mainly on London and Dublin now.

"London is truly international, with not only great demand from locals for affordable housing, but investment demand from foreigners as well."

There also seems to be a shift away from Central London, where prices have run up too high - favouring Oxley's Royal Wharf project in London's Docklands.

"We will continue to look for opportunities, especially in East London and Europe. To us, Europe is on the path of recovery.

"For the projects in other countries, we will launch everything first before deciding," he added.

Oxley is also waiting for the right time to re-enter the Singapore market.

"The situation now is difficult due to the cooling measures and expensive land. When Singapore fits our plan right, we will make a comeback."

The firm's total bank borrowings and debt securities stood at $2.48 billion as at March 31, or a total debt to equity ratio of about 349 per cent. But Mr Ching said the balance sheet would be stronger from the end of this year:

"This year, we have four major developments in Singapore completing and that will fetch us about $800 million to $900 million.

Next year, we will continue to reduce debt as we are partially completing the Royal Wharf project in August, so revenue will come back on completion - or about 80 per cent in cash, as downpayment in London is only 20 per cent."

As for funding further expansion activities, there are many instruments available, he said.

"The banks are comfortable with us as we have already delivered in some new countries. We can approach them for an equity loan, or do a bond issue again, or use cash from funds flowing back from completed projects.

"I don't think we are spreading ourselves too thin (across the different markets). We are very focused and know what we are doing, and will launch a few more projects this year. After this year, we will have to look for new land to focus on."

This article was first published on May 6, 2016.
Get a copy of The Straits Times or go to straitstimes.com for more stories.