Going to school - on the World Wide Web 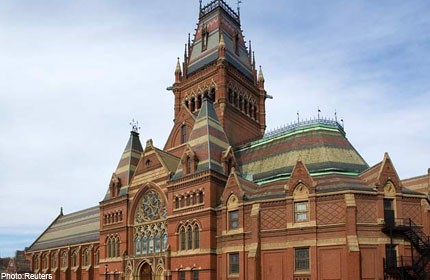 A Kolkata girl, Dipanjana, gets up early in the morning to pick the fruits of globalisation. That is not what she tells herself, of course, but it is exactly what she does.

Dipanjana finishes breakfast quickly so that she can follow an online course before heading out to her day job.

Dismayed by Kolkata's pollution, she is keen to deepen her understanding of how the problem is part of a global one.

She plants herself in front of her computer with headsets and logs on to the University of British Columbia site to listen to a lecture on global climate change that she has been following for weeks.

With a few mouse clicks, Dipanjana has been surfing the world of learning for free. But like all innovations, online education has winners and losers.

The winners are obvious: knowledge seekers in developing countries and disadvantaged students in the developed world.

Like Dipanjana, hundreds of thousands of students from Asia, Africa and Latin America have been logging in to learn about everything from physics to philosophy, from how to write code to how to repair machines.

Twelve-year-old Khadijah Niazi, who taught herself artificial intelligence from her home computer in Lahore, Pakistan, was feted at the World Economic Forum in Davos. But as online education gathers steam, with many universities joining to launch Massive Open Online Courses, opposition is also growing.

As the Web steadily covers the world - 2.4 billion users by the last count - and bandwidth costs fall and the variety of devices used to access it explodes, educationists and entrepreneurs think the time has come for expanding the frontiers of knowledge.

A recent British study titled An Avalanche Is Coming even suggests that embracing technology could save educational institutions facing dwindling enrolment and financial woes.

Some of the world's major universities have used the Web to share with the world knowledge that has long been the exclusive preserve of a lucky few.

Stanford, Harvard, Princeton and Yale have been taping the lectures of many of their celebrated professors and broadcasting them on the Internet.

A few purely online universities have emerged, offering degrees, mostly in business and technology but the established ones resist granting degrees for purely online courses. That reluctance, though, is softening.

Yale has introduced an online summer course in which students can complete a course and get credit if their home university accepts it.

The fee for one course credit: US$3,300 (S$4,170). The Stanford professor who pioneered online courses has launched a for-profit organisation - Coursera - to bundle some 300 courses offered by 62 universities.

For completing free courses, Coursera and its instructors may offer a "statement of accomplishment". Coursera also offers special credit for a fee that might be accepted in some colleges.

Harvard, the Massachusetts Institute of Technology and two other universities have also set up a programme called edX to offer 63 free courses for which students get a certificate of completion.

Massive enrolment in these courses shows the sort of excitement such opportunities have generated among those thirsty for education.

But the excitement is not shared by many American professors at top-notch universities as well as those in second-tier colleges. Many worry online education is taking away one important aspect of college education - the close interaction between the professor and fellow students.

For a student sitting in Kolkata, however, the situation looks very different.

As Dipanjana told me, taking part in online forums with students from different countries and different backgrounds was fun, helping her understand a diversity of perspectives.

The principal losers in this emerging trend will be poorer colleges in the United States and, perhaps, elsewhere. Administrators will be tempted to replace professors with teaching assistants who will supplement online lectures and grade papers.

The writer is editor-in-chief of YaleGlobal Online, a publication of the MacMillan Centre, Yale University.