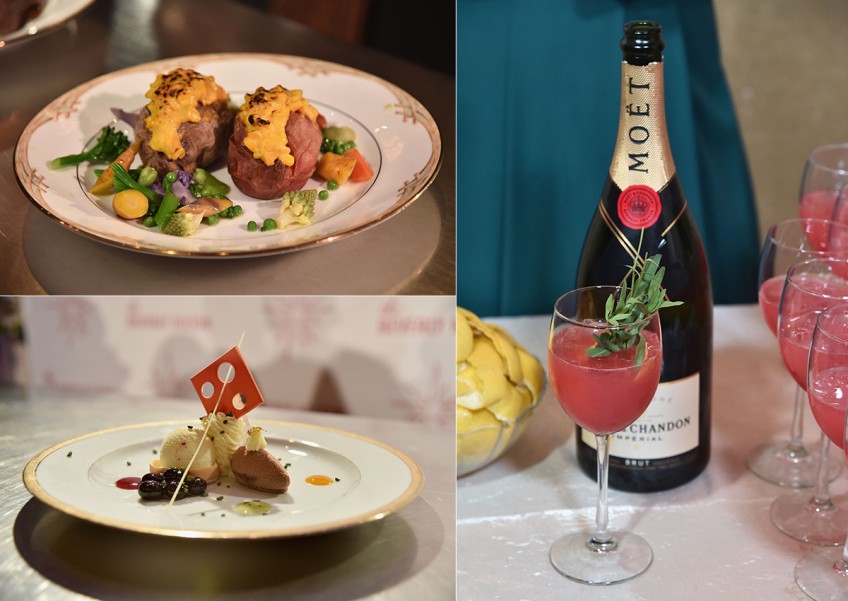 BEVERLY HILLS - Awards season has officially arrived and gathering up all those trophies is sure to make a movie star hungry, but the Beverly Hilton in Beverly Hills, California is prepared. The hotel unveiled the delicacies which will be served at this year's Golden Globe Awards.

Hollywood's elite will be served a three-course meal featuring beef and trout, accompanied by a salad made up of vegetables and Asian flavours.

But what everyone looks forward to most: dessert. Pastry Chef Thomas Henzi explained how he created his "trio of desserts".

"We have a chocolate caramelito, which is a chocolate mousse on a flourless cake with rum Marnier," said Mr Henzi.

"And then, I have a lemon mousseline with a pistachio centre that's formed into a round, gold ball. And then to give it some sustenance, we have a California almond cake which is a very moist cake that stands by itself."

And don't forget the alcohol - the Globes are infamous for allowing celebrities to let down their hair and have a few drinks.

This year's signature cocktail will be the Moet Ruby Red, which combines Moet & Chandon Champagne, raspberry, tarragon and lemon.

The Golden Globes will take place on Jan 10.