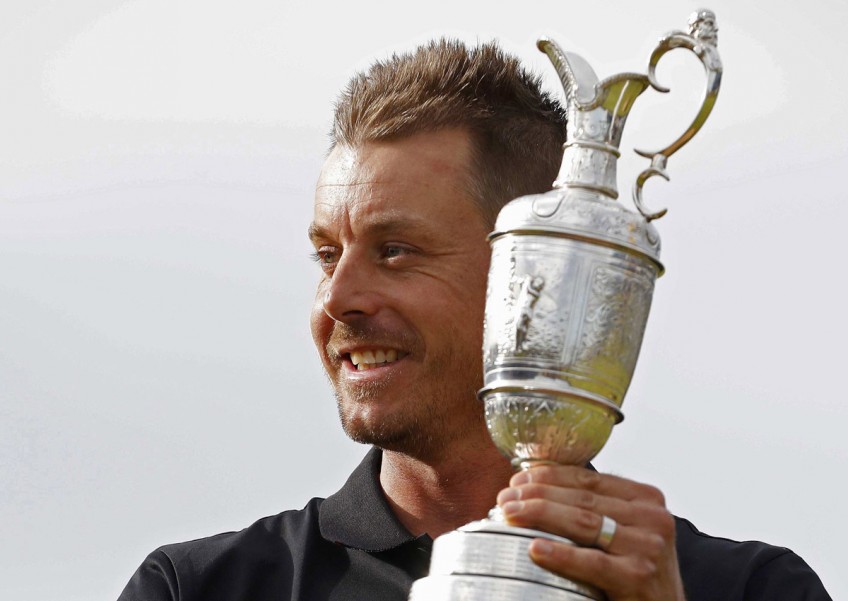 UNITED KINGDOM - At the age of 40, Henrik Stenson is hoping his long-awaited first major victory at the British Open on Sunday proves to be just the beginning.

Stenson had long been considered one of the best players on tour never to have won a major but he put that right in the most spectacular fashion at Royal Troon on Scotland's west coast.

His major championship record-equalling low round of 63, featuring 10 birdies, on Sunday saw him beat American Phil Mickelson by three strokes with an overall score of 20 under par, the lowest ever total at The Open.

"We're only just getting started, aren't we? You never know once you open the floodgates what might happen," Stenson said later as he spoke to the media alongside the famous Claret Jug.

The Swede said he had a feeling this would be his turn to win a major after seven previous top-four finishes, including as the runner-up to Mickelson in the British Open at Muirfield in 2013.

Forty "is the new 30", he told Sky, and there was certainly something about the week for the older guard, with Mickelson, at 46, coming so close to being the oldest Open winner in nearly 150 years.

In contrast, the so-called 'Big Four' of Dustin Johnson, 32, and twenty-somethings Jason Day, Jordan Spieth and Rory McIlroy never really challenged in Troon, even if the latter ended up in a tie for fifth.

Asked what he put that down to, Stenson replied: "I think the experience and the way links golf plays." He also recalled Tom Watson's near miss at the age of 59 down the Ayrshire coast at Turnberry in 2009.

"So even a few guys that are a little bit older than I am have had success at the majors and at The Open Championship.

"But experience definitely plays a big part of it. Yeah, it was quite an old leaderboard for a change, I guess."

It wasn't just Stenson's long overdue first major victory, it was a first ever for a Swedish men's player after some painful failures in past years.

Jesper Parnevik was the last top player to come out of the Scandinavian country prior to Stenson but his bogey at the last at Turnberry on the final day in 1994 cost him glory and he blew the lead on the Sunday at Troon three years later.

"Very impressive and congrats @henrikstenson, Sweden doesn't have to wait no more!!," Parnevik tweeted on Sunday.

"I feel very privileged to be the one to hold this trophy," Stenson added.

"There's been many great players from my country who have tried in past years and decades and there's been a couple of really close calls. Jesper in particular twice.

"He sent me a message, 'Go out and finish what I didn't manage to finish,' and I'm really proud to have done that, and it's going to be massive for golf in Sweden with this win."

Stenson acknowledged that it will take some time for his victory to sink in, not least because of the manner of it. But he cannot relax for long.

The final major of the season, the US PGA Championship at Baltusrol in New Jersey, begins earlier than usual this year, starting on July 28.

That is because of the Olympics in Rio in August. And unlike the 'Big Four' and numerous other leading golfers who withdrew citing concerns about the Zika virus, Stenson will be at the Games.

"I'm just happy to be part of it. It's going to be quite an experience, I think," he said last week.

"I hope I can perform well, and hopefully get one of the medals, and hopefully the best one to bring home. I think it would be pretty cool to have that next to some of the other nice trophies I've managed to win."