Good life not about expensive coffee 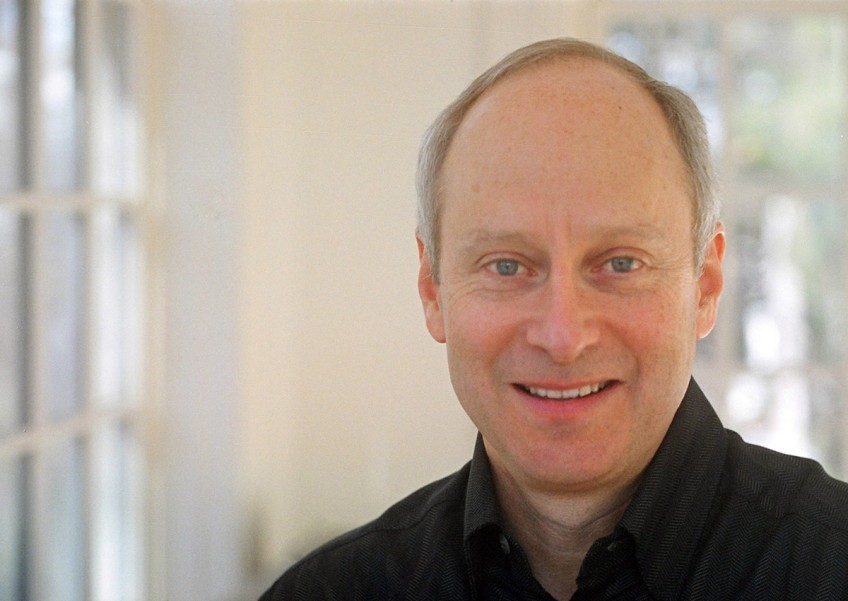 In 1980, when American philosopher Michael Sandel landed a coveted teaching post in Harvard University, he began shaping his course on moral reasoning such that he himself would want to take it.

The course, known as Justice, has become so popular that it has spawned a book and a 12-episode TV series.

Prof Sandel, 62, will be here for the first time on Nov 5 to speak at the Singapore Writers Festival, as well as the Barclays Asia Forum, a thinkers' pow-wow.

In a telephone interview, the longtime "political junkie" recalls: "I fell in love with philosophy late in my studies, when I was a graduate student at Oxford. When I began teaching political philosophy at Harvard, I wanted to design a course that would have interested me back when I was a young student."

So he couched philosophy in terms of the ethical dilemmas everyone confronts in everyday life.

These are questions about, say, what being alive means for this former Rhodes Scholar. "Philosophy to me comes alive... when it can inform and inspire the way we live," he says.

Justice is now the best-attended course of its kind at Harvard, with more than 15,000 students having taken it since 1980.

About 1,000 students enrol yearly for his classes.

Among them is Singaporean Koh Tsin Yen. "He is an inspiring teacher, both in a seminar classroom and in a 1,000-person lecture hall. He's amazingly the same in both these settings, and great at guiding students into a productive discussion out of which everyone comes with some new thought."

Ms Koh, 35, has been working towards her doctorate in political theory at Harvard and helps Prof Sandel teach Justice, as well as his two other courses on bioethics and money, markets and morals.

From 2009, Harvard University has been offering Justice online for free and millions have since watched him debate such morally grey areas as how decent it is to do business with those who have to, but do not want to do so; those who insist public transport should be free; and why professional footballers are paid more than nurses.

"I never imagined that there would be such a response," he says of Justice. "The only way I can explain this is that people are searching for a way of thinking about their lives and their societies that address big questions of values, including justice and the common good."

Soft-spoken, contemplative and careful, he does sound like Montgomery Burns, the scheming character in the TV cartoon series The Simpsons. The word is that its ex-Harvard writers modelled Burns after Prof Sandel, the joke being that Burns is mercenary, while the don is not.

In his Singapore Writers Festival talk, Prof Sandel will touch on issues raised in his 2012 book What Money Can't Buy: The Moral Limits Of Markets, which was the 2012 Financial Times and Goldman Sachs Business Book Of The Year.

He muses: "When societies are desperately poor, there's a tendency to think that material well- being leads to human flourishing and the good life, but achieving true happiness requires that we pay attention to values that go beyond GDP."

Suggest to him, then, that the United Nations' Millennium Development Goals to lift people out of extreme poverty by 2015 were flawed because while they made some of the poor rich, the newly rich refused to share resources with the poor and he says: "I certainly agree. Simply enabling everyone to buy expensive lattes is not enough to create a good society.

"One of the great weaknesses of societies that are affluent, but lack social cohesion, is that we tend to identify ourselves increasingly as consumers and we forget the importance of other aspects of our identities, as parents, as members of our community."

The father of two grown-up sons who dedicates his books to his wife, American culture scholar Kiku Adatto, adds: "What I'm trying to do in my own modest way - and I don't want to exaggerate what a single writer or teacher can do - is invite people to reason together about what a good society looks like, what a good human life consists of."

The Straits Times is the official media partner of the Singapore Writers Festival.

For more stories on the festival, go to www.straitstimes.com/tags/singapore-writers-festival-2015

BOOK IT / MICHAEL SANDEL ON THE MORAL LIMITS OF MARKETS