The great salary debate: Workers deserve their pay - and more 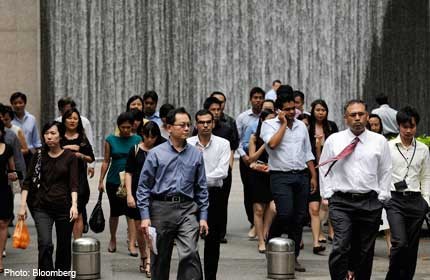 SINGAPORE - It is unfair to look at Singapore's median income of $3,000 in isolation and jump to the conclusion that Singaporean workers do not deserve their wages.

Income and cost of living go hand in hand. While $3,000 would be deemed sufficient in Singapore, it would not be enough for someone living in cities like Tokyo, Osaka, Sydney, Oslo and Melbourne.

Being the sixth most expensive city in the world, Singapore should be compared with similarly ranked cities, and not low- cost cities like those in Malaysia, the Philippines, India and China.

Singaporean workers not only deserve their wages, but also need to be paid more.

It is wrong to compare a city-state with a country with many cities.

Incomes of workers in the five most expensive cities are at least twice those of Singaporean workers, while their property and car prices are cheaper, and they have comprehensive social welfare systems.

The presence of 7,000 multinational corporations and foreign talent contributes considerably to our gross domestic product, but without the collective efforts of the critical mass of Singaporean workers, we could never have achieved good growth.

Singapore may not excel in many fields, but it has become one of the world's largest oil rig builders, and our oil refineries, airport, waterworks and powerhouses are manned by local engineers and technicians.

Singapore will slowly but surely learn to reach the next stage.