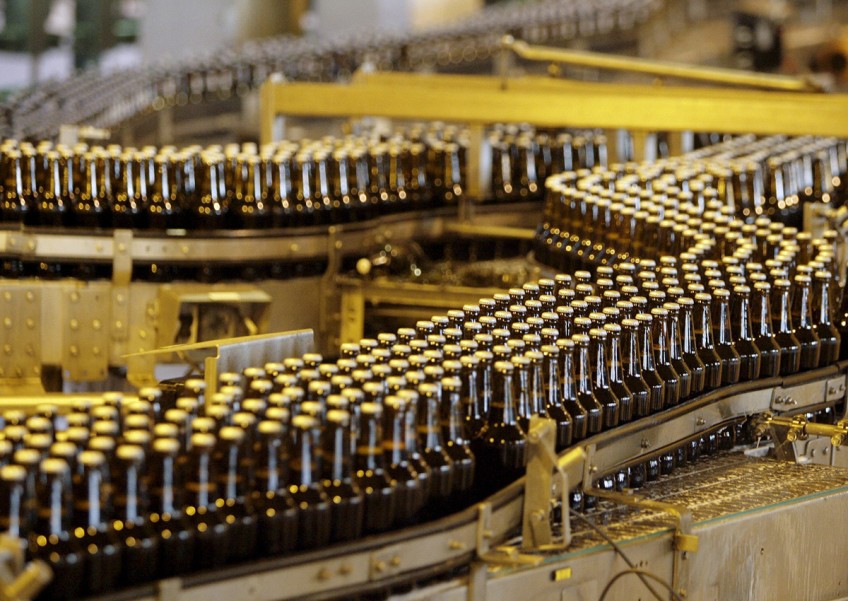 MWANZA, Tanzania - Green beer may not sound too appealing, but in Mwanza, it's going down a treat. A locally produced "greener" brew not only slakes thirst but is reducing the carbon footprint of the country's second largest city.

Tanzania Breweries Limited is tapping biomass energy to produce more sustainable beer while cutting its fuel costs. "We have adopted new technology which has enabled us to use rice husks as fuel for our boilers instead of heavy furnace oil," said Sunday Kidolezi, manager for the firm's Mwanza utility in the north of the East African country.

The husks used to generate electricity are considered a waste product by local farmers. Growers tend to leave them piled in huge mounds, burn them outdoors or dump them in the forest, making them a source of climate-changing carbon emissions.

According to Kidolezi, more than 60 per cent of the Mwanza factory's electricity now comes from the husks, which it buys from local farmers. Furnace oil accounts for just 10 per cent of the energy the company uses, with the balance coming from the national grid.

The company now plans to use rice husks as fuel in its other breweries in Dar es Salaam, Mbeya and Arusha, he added.

Agricultural biomass remains a largely untapped source of electricity in Tanzania that could significantly cut costs and help solve the problem of an erratic power supply that has crippled the country's manufacturing sector, experts say.

Tanzania has many renewable energy sources, including wind, solar, biomass, small-scale hydropower, geothermal and tidal energy. The government is trying to promote a range of clean technologies to diversify its sources of energy.

"Agricultural waste is one of the cleanest renewable energy sources that can substantially displace fossil-fuel use. However, it's yet to be fully utilised," said Julius Ningu, director of environment in the Vice President's Office.

The beer industry is a major economic force in Tanzania, responsible for 413 billion Tanzanian shillings (US$191 million (S$272 million)) in government revenue in 2014-15 alone, and providing thousands of jobs. But the effects of climate change have made the industry's future less certain as warmer temperatures, droughts and extreme weather affect the production of maize, a critical ingredient in Tanzania's beer brewing.

While the government is supporting the development of drought-resistant maize varieties, many companies also are trying to cushion their businesses financially by investing in renewable energy and sustainable water use.

Through recycling and other conservation measures, Tanzania Breweries has managed over five years to reduce its water use in Mwanza by 40 per cent to 1,200 cubic metres a day, said Kidolezi.

The brewery is one of 35 companies in the country's Lake regions that are promoting an environmental management initiative dubbed "resource-efficient and cleaner production", which aims to reduce energy costs and protect the ecosystem of Lake Victoria, which borders Mwanza to the north.

In the face of spiralling production costs that are hurting the manufacturing sector, industries other than brewing are also adopting renewable energy sources to produce electricity.

According to the Confederation of Tanzania Industries, energy costs account for 20 per cent of industrial production, but efficiency initiatives can save manufacturers up to 40 per cent of their energy bill.

Major sugar producers in Tanzania already use sugar cane residues (bagasse) to provide heat and electricity for their own factories, and sometimes sell surplus power to the national electricity supply company, TANESCO.

The sugar factories in Mtibwa, Kilombero and Kagera use more than 455,000 tonnes of bagasse each year to generate more than 64 per cent of their energy needs.

The bagasse is burned to generate steam in high-pressure boilers, and the steam is converted to electricity, most of which is used for sugar processing.

Katani Limited, a sisal fibre company based in Tanga, has developed a technology to convert sisal plant residues into biogas to generate electricity for its own use, as well as compressed gas for domestic use. Scientists say cooking gas from sisal waste is more efficient and cheaper than charcoal.

Prior to this, the company was throwing away around 90 per cent of sisal waste during its production processes.