Hamilton calm before storm, Rosberg all pumped up for race 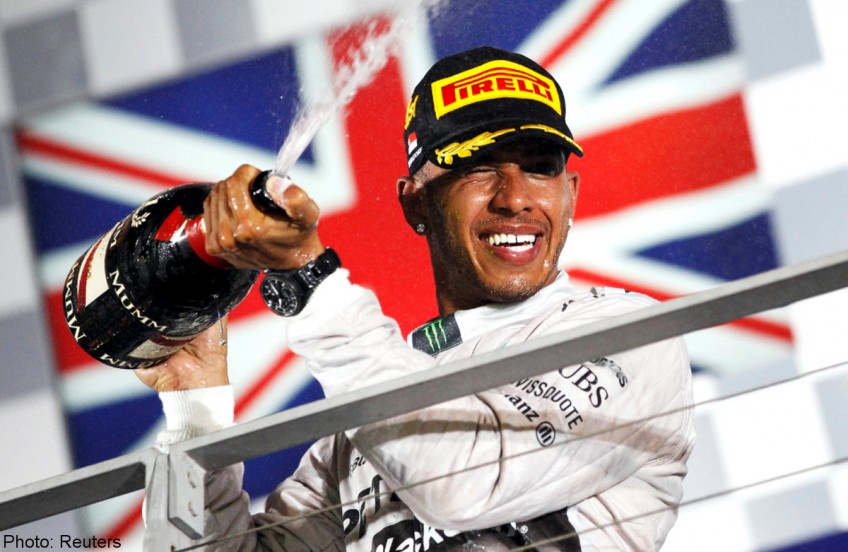 KUALA LUMPUR: After sweeping to a 1-2 success with his teammate Nico Rosberg in the opening race of the F1 season in Melbourne, Lewis Hamilton is as cool as a cucumber as he prepares for the heat of the Formula One Petronas Malaysia Grand Prix.

Talking to reporters at the Dewan Filhar­monik Petronas yesterday, Hamilton, who won last year's Formula One Championship with the AMG Mercedes Petronas Formula One, said he was not pumped up.

"It's the calm before the storm," he said.

"This race (in Sepang) is the toughest of the season because of the hot weather here but I have been training for it," he added.

Hamilton said it was always nice to come back to Malaysia for one of the team's home races.

The team's other home race - in Germany - has been scrapped as neither Hockenheim, this year's host, or Nuerbergring wanted to stage it.

"I love the food here, although sometimes my stomach does not agree with me.

"I managed to grab a roti canai last night," he said, adding that he was hoping it wouldn't upset his stomach this time around.

If Hamilton was calm, Rosberg was in a racing mood.

He ran up to the 84th floor of the Petronas Twin Towers as part of his fitness training.

He said the training session was set up spontaneously but the ending was spectacular.

"When I reached the 84th floor, they allowed me outside to catch a glimpse of the Kuala Lumpur skyline," he added.

A sweaty and gasping Rosberg was filmed running up the staircase, and it took him about 20 minutes to reach the top.

Rosberg said he was excited to be back in Malaysia for another race.

"The team did well last year and we are confident of another strong season.

"The race is tough but we have trained well for it," he said.

In Sepang last year, Hamilton and Rosberg also pulled off a 1-2 finish.