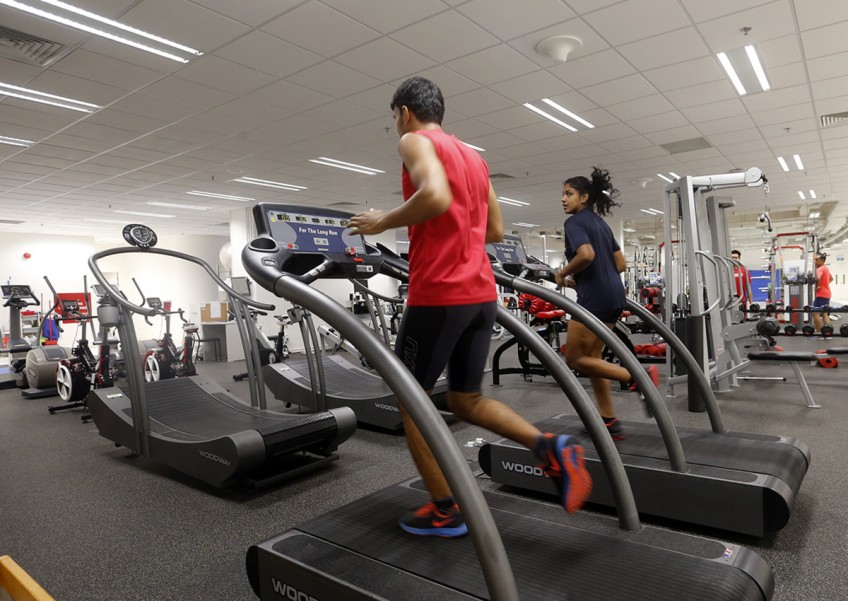 The haze has cast a pall over Singapore for much of the last two months and it has also become a major issue for local athletes preparing for the Dec 3 to 9 ASEAN Para Games (APG).

The thick smog has led to cancellations of outdoor training sessions or relocation to less-than-suitable training venues.

For instance, the Republic's 17-strong track-and-field squad have had their programmes severely disrupted. Earlier this month, they went 10 consecutive days without training.

Said coach Muhamad Hosni: "Our athletes cannot train because of the haze. It is at a dangerous level and unhealthy for training."

For the former national sprinter and SEA Games bronze medallist, indoor gym work can act as an alternative but it is a poor substitute.

"There is a world of difference training on a treadmill as the treadmill is more controlled while on the track, you can feel the pull of gravity and the wind conditions can slow you down," he explained.

"You can push yourself more on the track compared to the treadmill."

Even when they do manage to train outdoors, recovery takes longer, noted para-sprinter Lieu Teck Hua, who competes in the 100m and 200m (T42) sprints.

"My throat is a little dry when I run and I'll experience a little coughing afterwards," he said.

Added wheelchair sprinter (400m, 800m) Jack Lai: "It really affects me because if I miss training for a long stretch, whatever progress I've made is wasted and I have to start all over again."

In recent weeks, the haze has consistently shot above the unhealthy level of 101.

The 24-hour Pollutant Standards Index (PSI) hit a 2015 high of 267 to 322 on Sept 25 and on Wednesday, the PM2.5 particles reading, an air pollutant smaller than 2.5 micrometres, reached 442 micrograms per cubic metre in the west, the highest this year. The World Health Organisation's maximum average annual exposure level is 10.

Instead of practising their drills on a full-sized field, the cerebral palsy football team now train in a semi-sheltered futsal facility in Kovan to avoid the haze whenever the PSI goes beyond 120.

This was not ideal for coach Mohamed Zainudeen but he was left with little choice.

He said: "It's a small pitch, about half the size of the actual pitch, so we can't do drills like crossing or finishing and can only play small-sided games."

The APG, hosted in Singapore for the first time, will feature 3,000 athletes and officials from 11 participating nations.

With recent reports indicating that the haze, caused by forest fires in Indonesia, may last until early next year, para-athletes are unlikely to train under clear skies from now until the APG.

But that should not stop them from giving their all, noted chef de mission Raja Singh.

He said: "It is the athletes' responsibility to perform and to psych themselves up and not give excuses like the haze.

"They have to be strong in mind and character to do their best and train as hard as possible. Being elite athletes, they need to be composed and their performance should not be compromised."

Having returned from the last APG in Myanmar in January 2014 empty-handed, the athletics team are determined to put in an improved showing on home soil - haze or no haze.

Said Lieu: "We have committed our time to training and we do not want our hard work to go to down the drain, we want to achieve something."