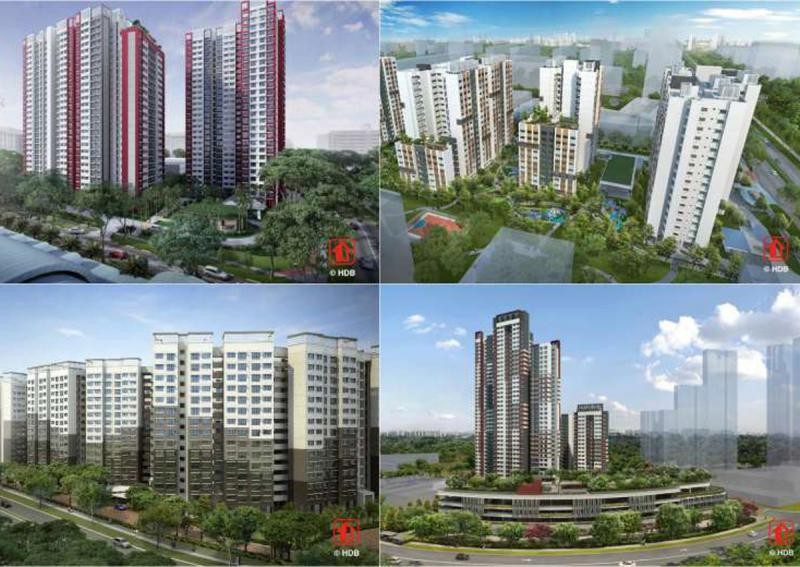 SINGAPORE - The Housing Development Board (HDB) launched 8,940 flats for sale on Tuesday (May 24) in its second Build-To-Order (BTO) and Sale of Balance Flats (SBF) exercise this year.

In a statement on Tuesday, the Board said the launch comprises over 3,000 BTO units and over 5,000 SBF units across 25 towns and estates.

This month's BTO exercise includes a wide range of flats, including 2-room Flexi to three-generation (3Gen) flats so as to meet the diverse housing needs of applicants.

A project in Bukit Merah, originally planned for launch this month, is undergoing further review. The project will be launched once the review is completed.

First-timers will also be prioritised for flat allocation. Married or courting couples who wish to live together with their parents can apply for a 3Gen flat in Ang Mo Kio Court or Senja Ridges. Other multi-generation families who wish to live close to each other in the same BTO project are advised to apply for flats in Ang Mo Kio Court, Bedok North Woods, EastCreek @ Canberra, Senja Heights and Senja Valley under the Multi-Generation Priority Scheme (MGPS).

Majority of flats offered under this exercise are reserved for first-timer families. Eligible first-timer singles may also apply for a 2-room Flexi flat in non-mature towns.

Similar to BTO flats, SBF flats are also priced with a subsidy that is lower than transacted prices of comparable resale flats in the vicinity, according to HDB.

The Tenants' Priority Scheme (TPS) helps tenants of HDB rental flats to purchase their own homes. Previously, only first-timer families in public rental flats were eligible.

Starting from this month's sales exercise, the TPS will be extended to second-timer families in public rental flats to give them greater priority when they apply for their own flat from HDB.

Under the TPS, 10 per cent of the 2-room Flexi and 3-room flat supply in the BTO or SBF exercise will be set aside for both first-timer and second-timer families, as well as those applying under the Selective En bloc Redevelopment Scheme (SERS), Relocation and Resettlement.

To qualify for the TPS, applicants must be tenants living in a public rental flat for a minimum of two years and meet the required household income ceiling.

To enjoy a higher chance of success in securing a flat, HDB advises flat buyers to apply for a BTO flat in non-mature towns. Although the SBF flats have a shorter waiting time to completion, the number of such units in each town is small and they are likely to attract high application rates, HDB explained.

Application for new flats launched in this month's BTO and SBF exercise is now open and can be accessed on the HDBInfoWEB from today till next Tuesday (May 30). Flat buyers can apply for only flat type or category in one town under either the BTO or SBF exercise.

Flat applications are not processed on a first-come, first-served basis, said the HDB, adding that it will shortlist applicants using a computer ballot.

The next BTO launch will be in August. HDB said it will offer about 4,810 BTO flats in Hougang, Sembawang, Tampines and Yishun.