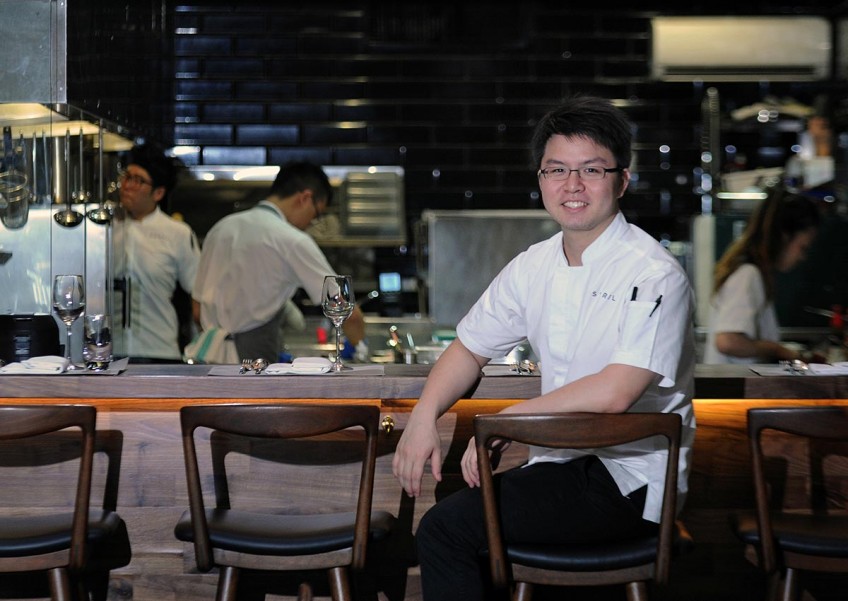 At 25, he was heralded as the next big thing in the culinary scene, having trained at acclaimed restaurants Jaan and Tippling Club.

Two weeks ago and about 10 months after Sorrel's opening, he has left the restaurant that he had a hand in opening.

In an April interview with Life, he spoke of convincing hotelier-restaurater Loh Lik Peng in 15 minutes that the concept of Sorrel could work.

Mr Loh tells Life that there was a change in the direction and vision of the restaurant, even though the split with chef Teo was "mutual and friendly".

On industry talk that chef Teo was asked to leave, Mr Loh says the information is "not entirely correct", but declines to elaborate.

Chef Teo, a Malaysian who has been living in Singapore since he was seven, is currently overseas. He says that the rumours are "not true" and that they left on a "mutual agreement". He adds that they are "still on very good terms".

When asked if chef Teo would have been better suited to one of Mr Loh's other restaurants in the Unlisted Collection group, Mr Loh says: "There is nothing that would suit what he (chef Teo) does."

Other restaurants in the group include the recently opened 5th Quarter in Syed Alwi Road, Bincho in Moh Guan Terrace and Pollen at Gardens by the Bay's Flower Dome.

He is uncertain of chef Teo's next move, but hopes to catch up with him soon.

At Sorrel, his dishes included hand-dived scallop with foie gras; Australian wagyu with peas and smoked onion; and seafood stew with langoustine, octopus and mussels.

Since his departure, the kitchen has been headed by executive chef Alex Phan, who was previously head chef of Open Door Policy in Tiong Bahru.

Under chef Phan, Mr Loh says the menu is undergoing a "subtle revamp" to suit the new head chef's style. He describes the food served by chef Teo as "too high-brow" and wants to simplify the menu.

Chef Teo had been introducing new dishes to the set menus (starting at $38 for a two-course lunch) occasionally since Sorrel opened. Some of his more recent additions include Australian spanner crab, anchovy aioli, smoked paprika taters and a kohlrabi and carrot slaw; and A4 Hida wagyu with roasted sweetbreads, sugar snap peas, green peppercorn and smoked onion jus.

This article was first published on October 11, 2015.
Get a copy of The Straits Times or go to straitstimes.com for more stories.