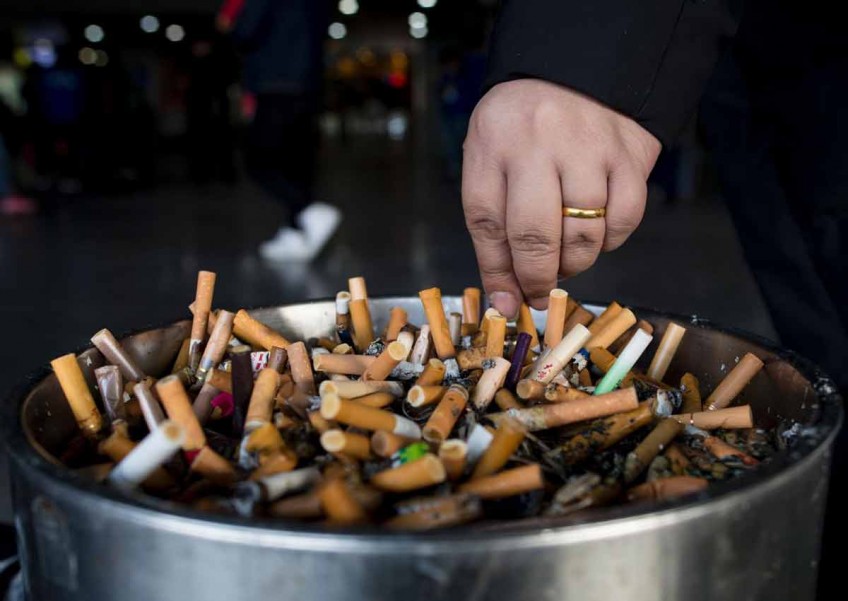 SINGAPORE - The minimum legal age for smoking Singapore will be raised from 18 to 21, as was announced in Parliament on Thursday (March 9).

Here's a look at how the new number compares with other countries around the world.

Read also: Health Ministry to raise legal age for smoking in Singapore from 18 to 21

Singapore is not the first country to set the age limit at 21. Others include: Honduras (Central America), Kuwait (Middle East), Samoa (Oceania), Sri Lanka (South Asia) and Uganda (East Africa). All these countries are the only ones in their respective region to set the minimum legal age at 21, as Singapore will be within South-east Asia.

The situation is murkier within the United States, where individual states and even cities have raised the minimum purchase age to 21 years of age, while others have maintained it at 18 or 19 years old.

In California, where Los Angeles and San Francisco are located, an 18-year-old is allowed to smoke but will need to get someone aged above 21 to buy his or her cigarettes.

The vast majority of countries in the world have the minimum purchase age set at 18. But unlike Singapore, the age limit for most does not cover the use and possession of tobacco products.

Among the many such countries are Australia, China, India, Russia and South-east Asian neighbours Malaysia and Indonesia.

Some notable exceptions include Germany, where the limit applies across the board like in Singapore, and the United Kingdom, where the minimum smoking age is 16. In Ukraine, it is legal for people to smoke at age 14, although they must be 18 and above to purchase tobacco products.

Iraq, Palestine and Egypt are among the countries with the lowest stipulated age limit - 14.

And in three countries - Antigua and Babuda, Belize (both in the Americas) and Gambia (Africa) - there is no age limit at all.

All alone at the other end of the spectrum is Bhutan, often called the happiest country in the world, where smoking is illegal regardless of how old you are.

This article was first published on March 9, 2016.
Get a copy of The Straits Times or go to straitstimes.com for more stories.