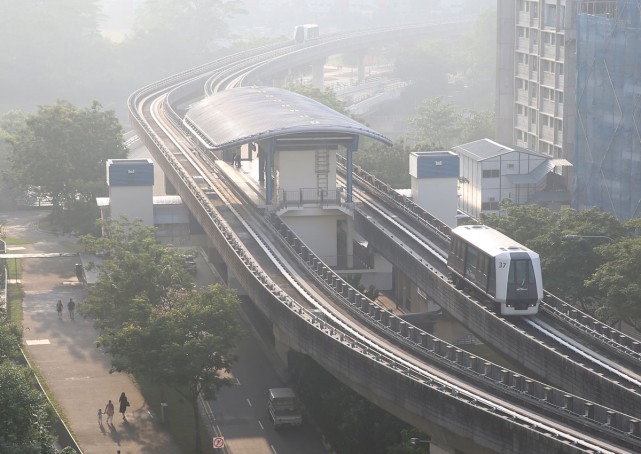 LONDON - Premature deaths from air pollution will continue to rise to 2040 unless changes are made to the way the world uses and produces energy, the International Energy Agency said on Monday.

Around 6.5 million deaths globally are attributed each year to poor air quality inside and outside, making it the world's fourth-largest threat to human health, behind high blood pressure, dietary risks and smoking.

Harmful pollutants such as particulate matter - which can contain acids, metals, soil and dust particles - sulphur oxides and nitrogen oxides, are responsible for the most widespread effects of air pollution.

Tiny particulate matter can cause lung cancer, strokes and heart disease over the long term, as well as trigger symptoms such as heart attacks that kill more rapidly.

The release of these pollutants is mainly due to the unregulated or inefficient production and use of energy, the IEA said in a special report on energy and air pollution.

Asia will account for almost 90 percent of the rise in deaths.

Even though global emissions are forecast to decline overall to 2040, existing and planned energy policies will not be enough to improve air quality, the report said.

Harmful greenhouse gas emissions should continue to fall in industrialised countries and recent signs of decline in China should continue, but emissions are set to rise in India, southeast Asia and Africa as energy demand growth dwarfs efforts to improve air quality.

The IEA said increasing total energy investment by 7 percent, or $4.7 trillion, to 2040 could help ensure premature deaths from outdoor pollution fall to 2.8 million and from household air pollution to 1.3 million. "This is completely peanuts. With a seven percent increase you can save over three million lives," IEA Executive Director Fatih Birol told reporters in London.

There should be a package of measures for the energy sector such as fitting coal-fired power plants with scrubbers; more use of renewable energy; increased energy efficiency and emissions control, it said.