The battle against TB is not over 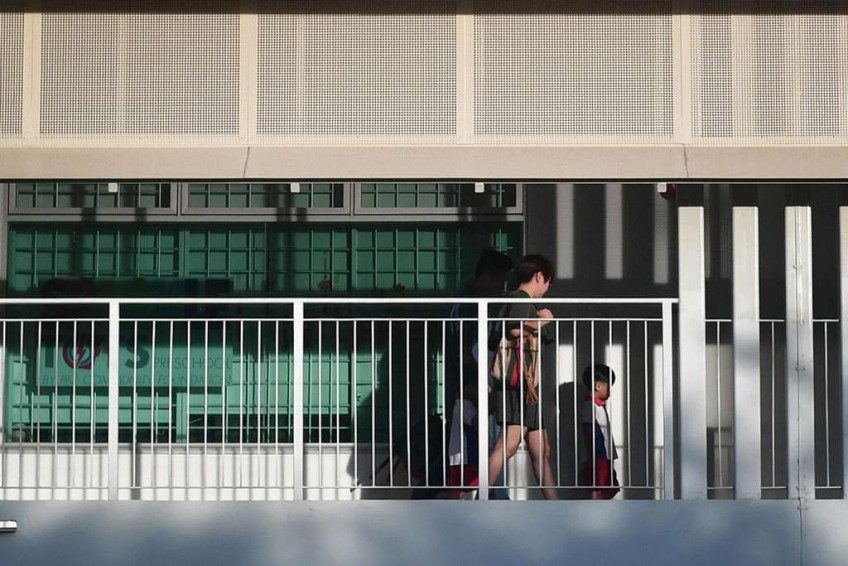 A pre-school in Clementi was reported to have a staff member who had active pulmonary TB, requiring the initiation of a large round of contact tracing. The writers say more can be done to improve the situation by, among other measures, tightening pre-employment screening.
The Straits Times

Today is World TB Day. It commemorates the day in 1882 that Dr Robert Koch announced his discovery of Mycobacterium tuberculosis (M.tb), the bacillus that causes tuberculosis.

His discovery paved the way to diagnosing and curing TB, an infectious disease that afflicts one-third of the world's population. However, the challenge of diagnosing and treating TB is ever present. In 1993, the World Health Organisation (WHO) declared TB a global health emergency with the emergence of multidrug-resistant M.tb and when rates of TB rapidly rose with the HIV epidemic.

The key pillars to combat TB transmission and stem the rise of drug resistance are prompt diagnosis, and adherence to treatment by directly observed therapy (DOT), in which a patient takes the prescribed medication in the presence of a trained healthcare worker or objective, designated individual (excluding a family member).

In Singapore, TB incidence has somewhat plateaued. According to the latest Ministry of Health's Communicable Disease Surveillance in 2015, there were 2,894 TB cases, which translate to a TB incidence rate of 36.1 per 100,000. Of these cases, 1,252 TB cases (43 per cent) were from non-residents.

The majority of the cases (85 per cent) were pulmonary TB, which is the infectious form, as the bacillus M.tb has infected the lungs and can be spread by coughing. Once a person has pulmonary TB, people in the household or at workplaces who have close and prolonged contact with him are vulnerable to infection.

After infection, M.tb can lay dormant in a person for years, a state known as latent TB. Treatment of latent TB can prevent progression to active TB in nine out of 10 people and thus prevent onward spread of the infection.

In the past years as well as this week, there were several local infectious TB incidents of public health concern. At the end of 2015, a major Singapore hospital had one staff member who was diagnosed with pulmonary TB, inadvertently exposing other fellow healthcare workers and patients, including immuno-compromised children. This triggered a massive contact tracing exercise within the hospital involving more than 100 patients, their relatives and healthcare workers. Many man hours spanning more than three months and costs of more than $600,000 were channelled to identify and treat contacts at risk of progressing to active TB.

Last year, a multidrug-resistant TB outbreak in Ang Mo Kio occurred in a residential block. In August of the same year, two pre-schools had staff who were diagnosed to have pulmonary TB. Contact tracing was performed at both premises involving staff and children.

Read also: 'No need to close pre-school' over TB

This week, The Straits Times reported a pre-school in Clementi which had one staff member who had active pulmonary TB, with the initiation of another large round of contact tracing. One asks if such circumstances can be prevented. Certainly, more can be done to improve the situation and close existing loopholes.

First, general pre-employment screening should be tightened. Prior to employment in some jobs such as in healthcare and in pre-school settings, staff are required to undergo a chest X-ray to exclude active pulmonary TB. Some of these chest X-rays are not normal, or described as having lung "scarring". Since TB may not manifest symptoms, the evaluator may miss pulmonary TB as a result.

To avoid this error, all patients with abnormal chest radiographs from a pre-employment screening should be referred to a specialist, in a place such as the TB Control Unit, to be evaluated for active TB before a decision is made to pass the chest X-rays. Abnormal chest X-rays which have been passed should be audited by the relevant authorities or institutions and feedback should be promptly given to the evaluator.

Read also: Another teacher found to have active TB

Second, policies for migrant screening of TB can be improved.

The United States Centre of Disease Control and Prevention and Public Health England have policies for the screening of latent TB, the dormant stage before active TB, for migrants originating from high TB endemic regions such as the Philippines, China and India.

In Singapore, where a considerable proportion of the workforce, including childcare staff and healthcare workers, are migrants, this policy is not in place.

Screening involves either a blood or skin test, to determine if latent TB is present. If latent TB is present, treatment is available in various forms. However, the costs of embarking on such a strategy are substantial, as are manpower requirements, and these factors would need to be weighed with cost-effectiveness prior to making such strategies into policy for migrant screening. A risk-stratified approach may be considered, depending on the nature of the job description such as those working with the vulnerable.

Third, policies regulating TB screening and treatment of at-risk groups should be robust and receive support from institutions. At-risk people fall into two groups: those who if infected pose a higher risk of spreading TB to the vulnerable, particularly the very young and immuno-compromised patients, due to their work; and those at risk of contracting TB in their line of work such as healthcare workers or due to their medical condition (for instance, people living with HIV, transplant candidates and dialysis patients, which are all advocated by WHO).

One such support to be explored is subsidies for these at-risk groups. While a routine screening chest X-ray costs $35 in public institutions, TB sputum tests cost about $200 and molecular TB testing another $200. A blood test to screen for latent TB costs more than $200. Support should be given to those who require active and latent TB testing according to international guidelines.

Furthermore, policies for treatment adherence should be in place. While active TB is under the Infectious Diseases Act, which mandates compulsory treatment for infectious cases or a fine of $10,000 and/or a jail term of six months for refusing treatment, latent TB treatment is not mandated.

As latent TB treatment will require a lot of resources given the expected large number of patients, it would be prudent to try it on a group of higher-risk patients first before evaluating it to decide whether and how to scale it up.

The management of the TB situation locally is not straightforward, and requires both professional and political will. The multidrug-resistant TB outbreak in Ang Mo Kio may be a harbinger of what is to come should TB transmission and treatment not be controlled. As a small country, we cannot afford to have large drug-resistant TB outbreaks occurring. As a community, we should make a concerted effort to improve the health of our people. It is World TB Day, and we should stop TB the soonest possible.

Dr Catherine Ong is honorary secretary, and Associate Professor Brenda Ang is president, of the Chapter of Infectious Diseases, Academy of Medicine, Singapore.

Associate Professor David Lye is president of the Society of Infectious Disease (Singapore).