Beer is good for you: Study finds anti-virus powers 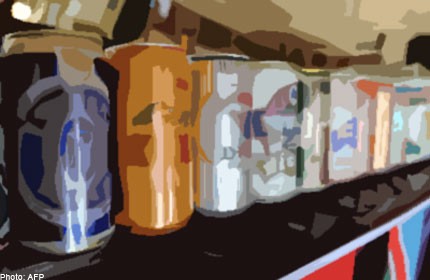 Beer is good for you: Study finds anti-virus powers

TOKYO - Consuming large quantities of a key ingredient in beer can protect against winter sniffles and even some serious illnesses in small children, a Japanese brewery said citing a scientific study.

A chemical compound in hops, the plant brewers use to give beer its bitter taste, provides an effective guard against a virus that can cause severe forms of pneumonia and bronchitis in youngsters, Sapporo Breweries said Wednesday.

In research with scientists at Sapporo Medical University, the compound - humulone - was found to be effective in curbing the respiratory syncytial (RS) virus, said the company, which funded the study.

"The RS virus can cause serious pneumonia and breathing difficulties for infants and toddlers, but no vaccination is available at the moment to contain it," said Jun Fuchimoto, a researcher from the company.

The virus tends to spread in winter and can also cause cold-like symptoms in adults.

Fuchimoto said such small quantities of humulone were present in beer that someone would have to drink around 30 cans, each of 350 millilitres (12 oz), for it to have any virus-fighting effect.

"We are now studying the feasibility of applying humulone to food or non-alcoholic products," he said. "The challenge really is that the bitter taste is going to be difficult for children."

The research also found that humulone alleviated inflammation caused by infection from the virus, the brewery said.