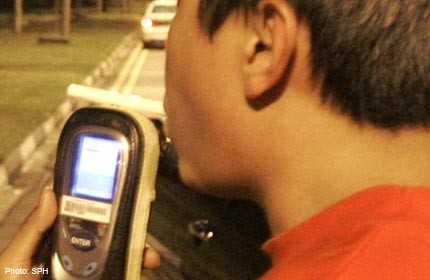 PARIS - An experimental breath test can diagnose colorectal cancer with an accuracy of over 75 per cent, Italian researchers reported on Wednesday.

The electronic "nose" detects key molecules emitted by tumours, a technique that is also being used in pioneering diagnostics for lung and breast cancer.

A team led by Donato Altomare of the Department of Emergency and Organ Transplantation at the University Aldo Mori in Bari collected exhaled breath from 37 patients with colorectal cancer and 41 healthy counterparts.

The breath was then analysed by gas chromatography and mass spectrometry, which looked for a tiny chemical "fingerprint" for so-called volatile organic compounds linked to cancer.

Colorectal cancer is the second leading cause of cancer-related death in Europe, after lung cancer, and the third in the United States.

The human and economic cost of the disease is pushing the search for swift, cheap and simple diagnostic tools, compared to tests on stool DNA or faecal blood or a colonoscopy to detect dangerous polyps.

"The technique of breath sampling is very easy and non-invasive, although the method is still in the early phase of development," said Altomare.

"Our study's findings provide further support for the value of breath testing as a screening tool."