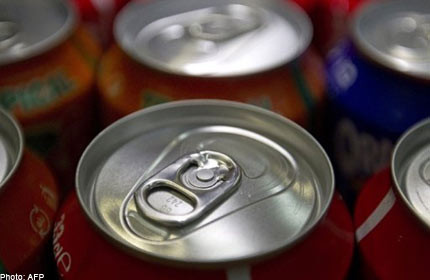 SINGAPORE - In response to the recent reports of Coca-Cola and Pepsi products potentially containing cancer-causing colouring, a spokesperson from Coca-Cola Singapore has stepped out to say the caramel colouring used in all the company's products are safe.

"All of our products are safe and comply with regulations in every country where we operate," said Laura Davidson, Manager of Public Affairs and Communications for Coca-Cola Singapore.

She added that Singapore's Agri-Food and Veterinary Authority (AVA) has approved the use of the caramel found in Coca-Cola products.

Nevertheless, Coca-Cola is asking their caramel manufacturers to modify their production process to reduce the amount of 4-methylimidazole (4-MI) in the caramel.

4-MI is a carcinogen which forms when ammonia or ammonia and sulfites are used to manufacture the caramel coloring that gives the sodas their distinctive brown colors, according to the Center for Science in the Public Interest (CSPI).

CSPI went on to estimate that the 4-MI in Coke and Pepsi is responsible for thousands of cancer cases in the US every year.

However, US regulators say 4-MI levels in the products are within safety limits.

The US Food and Drug Administration (FDA), citing the results of giving 4-MI to mice, said that 1,000 cans of Coke or Pepsi would be required to reach the amount needed to cause cancer in mice.

Davidson reassured consumers that the changes in the production process will not affect the formula or the taste of Coca-Cola.

"The Coca-Cola Company is not changing the world-famous formula for our Coca-Cola beverages. The changes will not affect the color or taste of Coca-Cola.

"Over the years, we have updated our manufacturing processes from time to time, but never altered our Secret Formula," she said.

She said that Coca-Cola remains committed to the highest quality and safety of their brands.