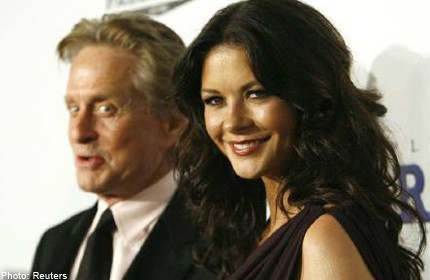 LOS ANGELES - Actress Catherine Zeta-Jones has sought help again for bipolar disorder, in what her publicist called a "pro-active" move to take care of her health.

It's the second-known trip to a healthcare facility for the British actress since 2011, when news first broke that she suffers from bipolar II disorder - a milder form of the illness that is marked by sharp mood swings and erratic behaviour.

"Catherine has pro-actively checked into a healthcare facility," publicist Cece Yorke said on Monday. "Previously Catherine has said that she is committed to periodic care in order to manage her health in an optimum manner."

Zeta-Jones, 43, who won an Oscar for her role in the 2002 musical "Chicago," underwent treatment in 2011 for what aides said was the stress of coping with the advanced throat cancer diagnosis and treatment of her husband, actor Michael Douglas.

No specific reason was given this time for her decision to seek help.

Bipolar II is a milder form of the disorder and is marked by less manic "up" moods but more depressive episodes, according to medical experts. It can be treated with medication or therapy.

Zeta-Jones was last seen on screen in February in the crime thriller "Side Effects," which received warm critical acclaim.