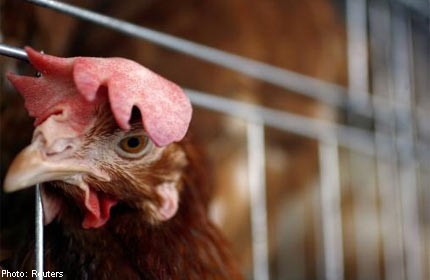 The outbreak of the H5N1 strain of avian flu initially killed 1,600 chickens and sickened about 5,500, the agriculture ministry said late Monday.

In an effort to contain the disease, agricultural authorities quarantined the area and culled 156,439 chickens, according to the ministry.

The outbreak occurred on June 20 but was only confirmed as H5N1 bird flu on Monday, it said.

The ministry and state press did not specify exactly where the outbreak occurred, but said it happened at a farm run by the Xinjiang Production and Construction Corps, described by state media as a semi-military government organisation of about 2.5 million people.

Xinjiang is a vast region bordering Central Asia and home to a population of about nine million ethnic Uighurs, a largely Muslim and Turkic speaking people.

China is considered one of the nations most at risk of bird flu epidemics because it has the world's biggest poultry population and many chickens in rural areas are kept close to humans.

The last reported outbreak in mainland China was in April, when about 95,000 chickens were killed in the northern region of Ningxia.

But last month a boy in the southern territory of Hong Kong was diagnosed with bird flu, the first human case there in 18 months. He lived in the neighbouring mainland province of Guangdong.