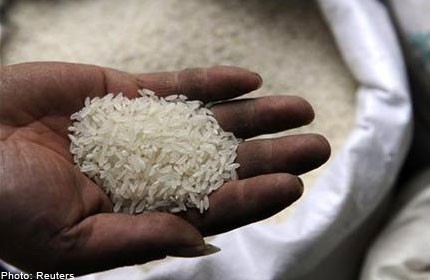 The officials from the Chinese Center for Disease Control and Prevention and the Zhejiang Academy of Medical Sciences were sacked for violating regulations, scientific ethics and academic integrity, Xinhua news agency said.

Tufts University, located outside Boston, said it had begun reviewing its 2008 research in August and has a five-member team investigating whether the study was in compliance with Chinese, US and Tufts standards.

"While we respect China's review process which led to the statement, it would be premature for Tufts University to reach any conclusions before investigations currently under way in the United States are completed," university spokeswoman Andrea Goodman said in an e-mail.

Golden rice, a new type of rice that contains beta carotene, is intended to alleviate vitamin A deficiency.

The three officials who were fired are Yin Shi'an from the Chinese Center for Disease Control and Prevention, Hu Yuming from the centre's Hunan office, and Wang Yin from the Zhejiang Academy of Medical Sciences, Xinhua said.

The researchers had been criticised on Weibo, China's version of Twitter, and were accused of behaving unethically by running tests on poor, rural children whose families may not have been properly informed.

China is already the world's largest grower of GMO cotton and the top importer of GMO soybeans.

Although Beijing has approved homegrown strains of GMO rice, it is cautious about introducing the technology on a commercial basis due to food safety concerns.