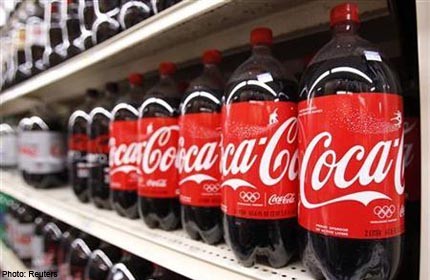 BEIJING - Local authorities in northeast China said Tuesday drinks made by US giant Coca-Cola that left one child dead and three others ill last week were deliberately poisoned.

In an incident that caused nationwide concern, a boy who drank a Pulpy Milky yoghurt drink made by Coca-Cola subsidiary Minute Maid died on November 28 in Jilin province, prompting a mass recall of the products.

The boy's mother was also poisoned and remains hospitalised in Changchun city, while another mother and daughter were made ill but have since recovered.

"Following a technical analysis and a detective investigation, it has been preliminarily confirmed that the November 28 poisoning case involving Minute Maid Pulpy Milky is a case of deliberate poisoning," the Jilin government said.

In a statement on its website, the government said no other contaminated drinks had been discovered after authorities tested products pulled from store shelves, as well as Coca-Cola plants and sales companies in Jilin.

While the government did not explicitly detail what caused the poisoning, it said in the statement that authorities had tested the pulled products and plants for pesticides, indicating these may be responsible for the death.

The investigation was continuing, the statement said. It did not say whether inquiries were focusing on any particular suspects or motives.

Coca-Cola said in an email to AFP that "the police's technical tests and investigations have preliminarily confirmed that this incident is a criminal case in Changchun."

This "reaffirms that it is not related in any way to our product quality. We are 100 per cent confident in the safety and quality of our products."

The poisonings prompted authorities to remove tens of thousands of bottles of Pulpy Milky from store shelves in Jilin, while several other Chinese cities including Beijing and Shanghai also stopped selling the drink.

According to the official Xinhua news agency, this is not the first time Coca Cola has been a victim of the deliberate poisoning of its products in China.

In 2009, two people were reportedly poisoned after ingesting bottles of the popular soft drink Sprite, which were tainted with mercury, Xinhua said.