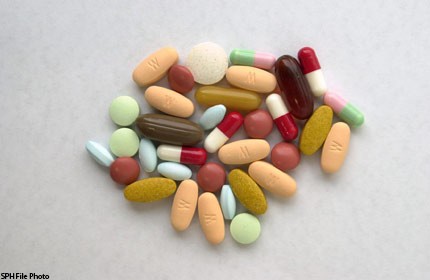 BEIJING - The number of new HIV/AIDS cases in China jumped in the first 10 months of the year, as premier-in-waiting Li Keqiang promised to let non-governmental groups play a bigger role in fighting an epidemic spreading fast in vulnerable groups.

The number of new AIDS cases rose almost 13 per cent in the January to October period, compared with the same period the previous year, while the number of people infected with HIV aged 50 and above leapt more than 20 per cent, the official Xinhua news agency said.

A total of 492,191 people were living with HIV/AIDS as of the end of October, including 68,802 new cases this year, the news agency said, citing the Health Ministry.

Of new HIV cases within the 10 month period, 84.9 per cent contracted the virus through sexual intercourse, with transmission rates amongst men-who-have-sex-with-men rising sharply, it added.

Li, at a meeting with non-governmental groups working on HIV/AIDS, said the government would let them play a more active role in battling the disease.

"You have a greater understanding of what sufferers want ... the government will continue to offer support and pay even greater attention to and listen more closely to the voices of civil society groups and you will be given greater space to play your role," state television cited him as saying.

It also showed pictures of Li shaking hands with sufferers, in a country where discrimination against people with HIV/AIDS is rampant, even in the health-care community.

China's government was initially slow to acknowledge the problem of HIV/AIDS in the 1990s and had sought to cover it up when hundreds of thousands of impoverished farmers in rural Henan province became infected through botched blood-selling schemes.

Li, who takes over from Wen Jiabao as premier at the annual meeting of parliament in March, worked in Henan from 1998 to 2004, and was criticsed by activists for helping to cover up the extent of the crisis there.

Beijing has since stepped up the fight, spending more on prevention programmes, launching schemes to give universal access to anti-retroviral drugs to contain the disease, and introducing policies to curb discrimination.

But in a country where taboos surrounding sex remain strong and discussion of the topic is largely limited, people with HIV/AIDS say they are often stigmatised, and activists frequently complain of official harassment.