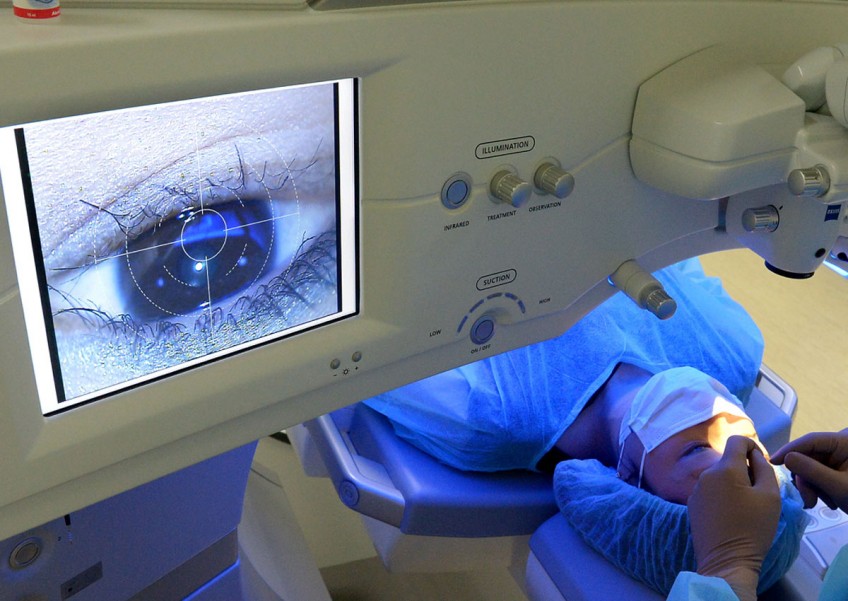 Free eye surgeries done by Chinese medical teams will help 500 cataract patients in Pakistan see better this year, under a plan released on Thursday by the Chinese Foundation for Lifeline Express.

The medical aid－the fund's second such trip outside China－is expected to bring a higher quality of life to more people in countries along the Belt and Road Initiative, according to Nellie Fong, who started the foundation.

"The patients were from the poorest place in Kalutara district in western Sri Lanka. Power supplies were unstable, and once we completed a surgical procedure despite losing electricity eight times," according to one of the doctors, Zhao Chan.

More than 800 patients registered to be considered for surgery in the month after the medical team arrived in Sri Lanka, said Yin Dakui, a member of the foundation's board and a former vice-minister of the National Health and Family Planning Commission.

"The number of surgeries we can perform a year is limited, but we aim to train local doctors during our annual visits, which will benefit more patients in the future," Yin said.

The foundation, established in 1997, has helped more than 181,000 patients in 28 provincial areas and autonomous regions of China during the past 20 years.

"Sri Lanka was our first pilot project overseas. We wanted to help patients not only in China, but also along the Belt and Road routes," Fong said, referring to the initiative based on the Silk Road Economic Belt and 21st Century Maritime Silk Road.

This year, four trains outfitted as mobile hospitals will leave Beijing on an eight-month mission to help thousands of people around China to see again.

They will call at 10 cities, including Ledu in Qinghai province, Baishan in Jilin province, Guangyuan in Sichuan province, and Kezilesu Kirgiz autonomous prefecture in the Xinjiang Uygur autonomous region.

By the end of last year, the foundation had built 69 permanent cataract medical centres, which also provide training to doctors from local hospitals in the treatment of common eye diseases.

Diabetics in those 10 cities will also get access to free screening for retina damage and information with their diagnosis if they are found to have a problem.

"China urgently needs a system to detect early diabetic retinopathy, which can save many people from future sight loss," Fong said.

About 92.4 million people are living with diabetes in China, and 40 million to 60 million are estimated to have diabetic retinopathy, or damage to the retina, according to the National Health and Family Planning Commission.