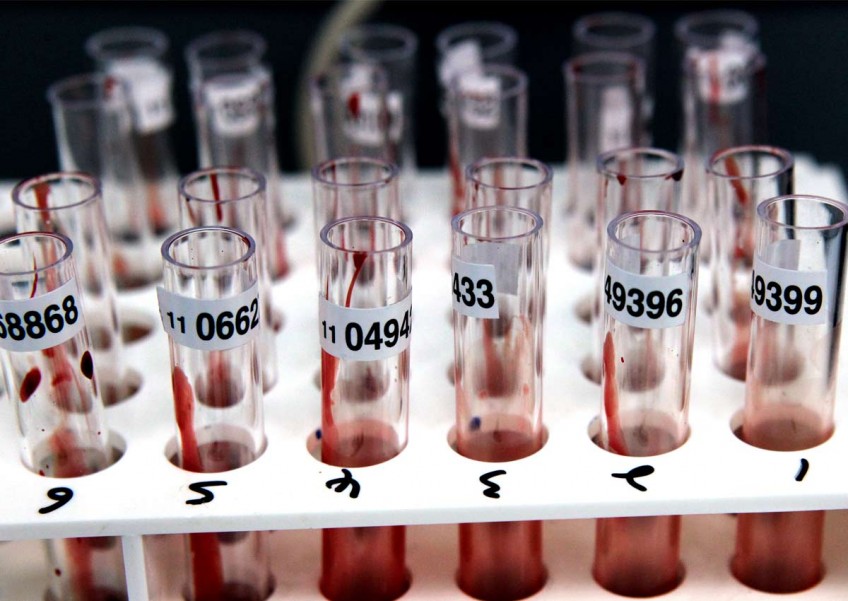 A team of Chinese scientists in Chongqing have developed a method to match a blood type within two minutes, according to a paper published in an international medical journal.

Blood typing is important for pregnancies, transfusions and transplants, but at hospitals the process takes about half an hour using centrifugal machines.

Nanomedicine researchers at the Southwest Hospital affiliated with the Third Military Medical University said that they have designed a dye-assisted paper-based procedure that is not only quicker, but also more cost effective.

The procedure could be suitable for use in emergencies and resource-limited areas, according to the findings, which were published by Science Translational Medicine on Wednesday.

Zhang Hong, who led the study, said her team discovered a blood test based on a colour change that occurs when a common pH indicator dye reacts with blood, which can be seen with the naked eye.

According to the study, the new strategy is founded on the ability of human serum albumin - the most common protein in blood - to react with the yellow monoanionic dye bromocresol green. How it reacts with the dye allows doctors to know which blood type a person has.

The tests can also determine whether someone is Rh positive or negative, and if they have a rare blood type.

During the study, which began back in 2014, researchers tested 3,550 human blood samples to validate the robustness of the procedure.

"We're now going to spend one or two years conducting clinical tests, increasing the number of samples and accuracy," Zhang said, adding that the accuracy of the lab tests is 99.95 per cent, and the plan is to improve that to 99.98 per cent.

At the same time, the team is in discussions with Chinese biochemical companies over adapting the method for low-cost production.

"It's estimated that the blood testing method will be at least 40 per cent cheaper than the current technology," she said. "Hopefully it will be on the market in three years."