A new survey has found that the cleanliness of your house could affect your mental and emotional state, boost productivity and help reduce stress. The cleaner the house, the more productive and stress-free the people who live there are.

The report, according to kompas.com, was released by Ketchum Global Research & Analytics, and was commissioned by Clorox. The research surveyed 2,008 adults from across the United States, starting from a third party’s disturbing findings. A public opinion poll conducted by Gallup indicated that 79 percent of US citizens suffer from stress, while 72 percent feel lonely. Meanwhile, a Harris poll found that the US has fallen to number 19 in the World Happiness Index ranking.

While the findings sound depressing, there is one thing you can do: clean. 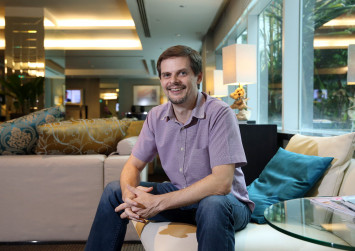 Research has shown that general unhappiness can be reduced by simply cleaning. From thousands surveyed, 72 percent reported they sleep better in a clean house, 80 percent feel more relaxed and 60 percent feel less stress.

Biometric analysis further discovered that the happiness of survey participants drastically increased upon entering a clean room. On the contrary, the longer someone lives in a dirty place, the unhappier he or she becomes.

The situation is even more rewarding for the people who actively clean up. They have social initiatives, and are commonly identified by their community as people with high empathy. The Ketchum-Clorox survey said when a person had to clean as a child, the likelihood that they will exhibit higher empathy as an adult increases by 64 percent, and the likelihood that they will have a higher level of willingness to help others in the community increases by 60 percent.

Apparently, cleaning chores resulting in clean spaces play an important role in developing empathy, compassion and connection. When connecting with other people becomes more challenging in today’s world, we should know that we can overcome it with clean spaces.