The condition is called xenoglossy 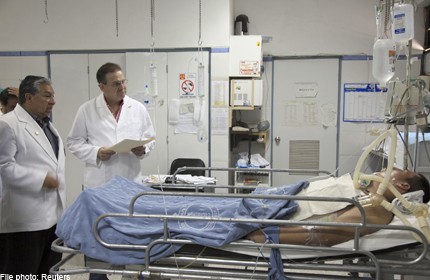 The condition is called xenoglossy

KUALA TERENGGANU - The ability to speak foreign languages after trauma to the brain has been recorded in medical literature before, but not much is known about it as it borders on the paranormal.

He said it was part of the personality change observed in patients who had undergone trauma to the brain.

"Xenoglossy could also be induced under hypnosis and normally, it will not last," he said in a interview yesterday.

Dr Muzaimi said the condition would normally surface when the second personality in a person was triggered under hypnosis.

"In Noraini's case, the brain trauma suffered in the accident may have acted as a trigger that released her second personality, one where she portrays herself as someone who can speak the foreign languages."

He said Noraini's second personality may have been influenced by the foreign dramas she watched on television.