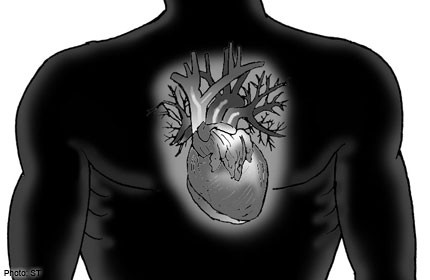 One of the components of Syndrome X is high cholesterol (also known as "dyslipidaemia" or "hyperlipidaemia").

On the one hand, the body NEEDS cholesterol - it's important in the formation of cell membranes, hormones, vitamin D and bile acids (that help you digest fat). Cholesterol also helps the brain form memories and is vital to neurological function. Seventy-five per cent of cholesterol is produced by the liver, which is also influenced by insulin levels.

However, blood glucose levels that remain elevated for a prolonged period in untreated diabetes patients tend to lead to dyslipidaemia, where lipid levels are higher than normal.

It is still not clear how diabetic dyslipidemia occurs, says consultant cardiologist Datuk Dr Arthur Tan Teow Hin, although it has been linked to insulin resistance.

Research suggests that elevated glycogen in the blood releases free fatty acids into the liver, triggering the production of triglycerides and LDL, the "bad" cholesterol.

At the same time, insulin, which functions to release HDL or the "good" cholesterol, is not being produced optimally because of the dysfunctional pancreas. Elevated triglyceride levels are a risk factor for heart disease, hence efforts need to be taken to lower the lipid levels in the blood.

Contrary to popular perception, people with dyslipidaemia are not necessarily overweight or obese. They also experience no symptoms, hence most patients are unaware that they are living with dangerously high lipid levels, notes Dr Tan.

Instead of looking at the total cholesterol levels however, Dr Tan strongly advocates monitoring the ratios between so-called good and bad cholesterol - the HDL and LDL - as well as the triglycerides. These, Dr Tan feels, are far more potent markers for heart disease.

"I have seen a number of people with total cholesterol levels over 6.5 mmol who actually were at low heart disease risk due to their HDL levels.

"Conversely, I have seen even more who had cholesterol levels under 5.2 mmol who were at very high risk of heart disease."

The treatment for dyslipidaemia usually consists of dietary control and medications to lower cholesterol levels in the blood. Yet, despite the wide availability of medications for patients with heart disease, compliance to treatment remains a problem.

The Centralized Pan-Asian survey on Lipid Lowering Treatment (CEPHEUS) in hypercholesterolaemia patients showed that more than 50 per cent of heart patients failed to meet their cholesterol treatment goals, putting themselves at risk of heart damage or premature death.

Many patients and doctors were also found to be resistant to changes in medications, with 64.1 per cent of patients still on the same medication they were prescribed after many years, although their condition may have changed over time.

Still, Dr Tan stresses that medications alone will not be effective without lifestyle modifications, such as reducing or stopping alcohol consumption and smoking, exercising, and increasing fibre intake in the diet.

The CEPHEUS study, which involved more than 7,000 patients from eight countries, including Malaysia, was the largest survey conducted on the current treatment status of high blood cholesterol levels in Asia Pacific.

The study results showed that more needs to be done to increase patient awareness where cholesterol control is concerned, with more than 50 per cent of patients not meeting their treatment goals.