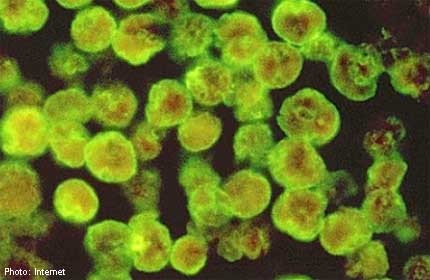 ISLAMABAD - A brain-eating amoeba has killed at least 10 people in Pakistan's most populous city since May, a World Health Organisation official said on Tuesday.

Naegleria fowleri has a fatality rate of more than 98 per cent. It is transmitted when contaminated water enters the body through the nose and cannot be passed person-to-person.

The 10 confirmed cases have all occurred in the southern port city of Karachi, said Dr Musa Khan, head of the WHO's Disease Early Warning System in Pakistan.

It is unclear if all cases have been reported as residents may not be familiar with the disease and Pakistan's hospitals are severely overstretched.

The amoeba travels from the nasal membranes to the brain. Symptoms are initially very mild, including a headache, stiff neck, fever and stomach pain. Death usually occurs five to seven days after infection.

Authorities are planning a campaign to raise awareness among health workers and the public, Khan said. Most health centres had already been alerted, he said.

"People should avoid getting water too deep into their nostrils and make sure their water supply is properly treated,"he said. "Those with symptoms should seek help immediately."

Victims commonly catch it through swimming in infected water, but Khan said most of those who died did not have a history of swimming. Authorities were testing water from various parts of the city, he said.

The disease first surfaced in Karachi, a city of 18 million people, in 2006. This year's outbreak has been the first since then and the most recent deaths occurred last week.