An egg a day tied to lower risk of heart disease

People who eat an egg just about every day may have a lower risk of heart attack and stroke than individuals who don't eat eggs at all, a large Chinese study suggests.

Researchers examined survey data on egg consumption among 461,213 adults who were 51 years old on average. When they joined the study, none had a history of heart disease. Overall, they ate an average of half an egg daily; about 9 per cent of them avoided eggs altogether while 13 per cent ate roughly one egg every day.

At least half of the participants were followed for nine years or more. During that time, 83,977 people developed heart disease or had a heart attack or stroke, and 9,985 died from these conditions.

"This is important to people, especially those in the part of the world where eggs are major sources of high-quality proteins and other important nutrients for the body," said Dr. Luc Djousse, a researcher at Harvard Medical School in Boston who wasn't involved in the study.

"The take-home message from this is that when consumed in moderation, there does not appear to be an elevated risk of developing heart disease or stroke," Djousse said by email.

But that doesn't mean people should be rushing to make a three-egg omelet every day for breakfast.

That's because the study doesn't offer any insight into the risk of heart disease or stroke associated with more than one egg a day, Djousse said.

"Eggs are not safe for anyone at risk of heart attacks or strokes, but particularly not for diabetics," said Dr. J. David Spence of the Western University Stroke Prevention & Atherosclerosis Research Center in London, Ontario.

"Eggs increase the risk of vascular disease," Spence, who wasn't involved in the study, said by email. For example, egg yolks contain phosphatidylcholine, a chemical that can contribute to clogged arteries, he said. 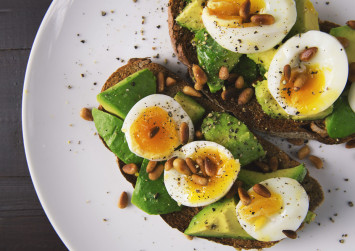 Eggs are a primary source of dietary cholesterol, but they also contain high-quality lean protein and many vitamins, the study team notes in the journal Heart. Previous research on the link between eggs and heart disease have offered inconsistent results, with some pointing to a protective effect and others suggesting that eggs might make people more likely to have a heart attack or stroke.

Part of the issue revolves around cholesterol.

Eggs can contain around 200 milligrams of cholesterol, and scientists used to think that eating eggs would lead to higher levels of cholesterol in the blood, Djousse said.

Some more recent research, however, suggests that eggs might block the liver from making low-density lipoprotein (LDL), the bad kind of cholesterol that can build up in blood vessels and lead to clots and heart attacks, and boost production of high-density lipoprotein (HDL), the good kind needed for healthy blood flow.

The study wasn't a controlled experiment designed to prove whether or how eggs might impact the risk of developing cardiovascular disease or dying from it. Senior study authors Canqing Yu and Liming Li of Peking University Health Science Center in Beijing didn't respond to a request for comments.

Another limitation is that the results in China might not apply in other parts of the world. The study participants were typically a healthy weight, and most of them didn't have high blood pressure or a family history of heart disease.

In the US - where most adults are overweight or obese and eat a Western diet heavy on meat and potatoes and light on fruits and vegetables - the connection between eggs and heart disease might look quite different.