Before fasting, check if your body can sustain diet 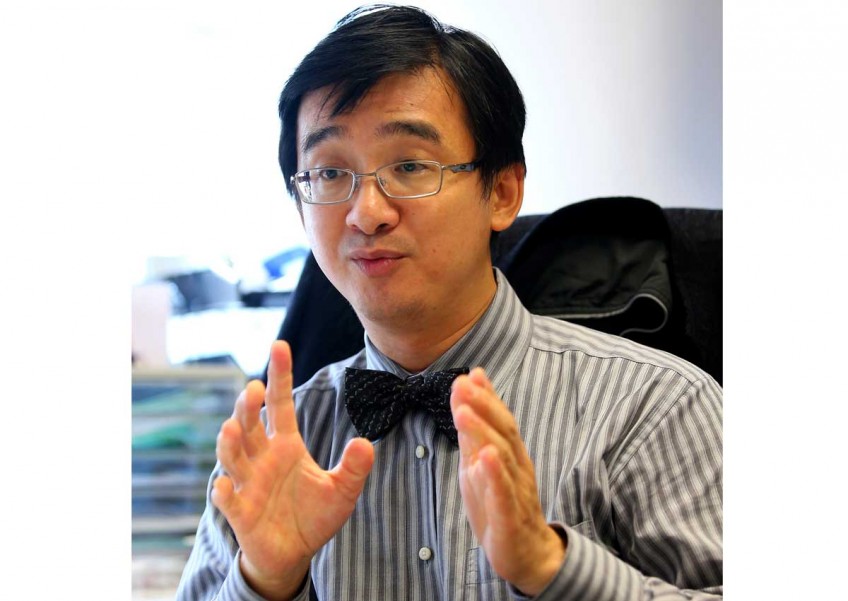 Fasting diets have been around for several years and are gaining traction.

Some people swear by the 16:8 diet, eating only during an eight- hour window every day. Others follow the 5:2, fasting two days a week and eating regular meals for the rest of the week.

Experts say, generally, fasting diets work because what goes in is less than what you burn in a day.

Just as eating more calories than you need often causes your body to store the excess as fat, doing the opposite can help you lose weight.

An often-cited researcher in this field is Professor Valter Longo of the University of Southern California in the United States.

Prof Longo, who studies cell biology and genetics, found that not eating for about three days triggers regeneration in the body's immune system.

Last year, he published a paper showing that a low-calorie diet that mimicked the effects of fasting helped to cut fat and boost the immune system, and lower the chances of cancer in mice.

The diet, which is low in protein and sugar but relatively high in fat, was tested on a pilot group of people. Results showed that it helped to reduce biomarkers linked to conditions such as diabetes, cancer and cardiovascular disease.

The researchers observed these effects even though people in the trials were on the diets only five days a month and were allowed to resume their regular eating habits later.

Prof Longo told The Straits Times in an e-mail interview that periodic fasting and certain types of intermittent fasting are not fads.

Periodic fasting refers to diets such as the one in Prof Longo's trial, while someone on an intermittent fasting diet could eat every other day or eat less twice a week.

They have deep foundations in clinical, animal and epidemiological studies and also have strong similarities with diets and practices that have been followed for thousands of years, Prof Longo said.

Dr Nitish Mishra, a consultant at the Raffles Diabetes and Endocrine Centre, said scientific studies have made the case for intermittent fasting by pointing out that it is similar to how mammals would have eaten throughout history.

Our ancestors probably did not get three square meals a day and we might do well to follow suit.

"Evolution did not prepare us for the modern lifestyle," he said. Widely available high-calorie foods and sedentary habits make us susceptible to obesity and diseases.

However, he added that while the scientific evidence on the benefits of fasting looks promising, more research is needed.

For those interested in a fasting diet, it is important that they do not overeat during the periods when they are not fasting.

"The keyword is discipline. When you don't eat, it's normal to crave for food, but you must be able to control your cravings," said Dr Wai.

Those with existing health conditions should consult a doctor before going on such a diet.

Mr Chris Richards, general manager and head of training at Ultimate Performance Singapore, a gym that offers personal training, said this would be suitable only if one is metabolically healthy and doing some exercise.

Fasting should not be an excuse for poor eating habits and food choices, he said. This means that you cannot simply skip meals and say you are doing intermittent fasting. You need to plan your calorie intake beforehand on cheat days and be disciplined in sticking to it.

Intermittent fasting is an advanced diet strategy that should be used only after a well-designed conventional nutrition plan has been put in place.

Mr Percy Reynolds, head of fitness at Fitness First Singapore, a health club and gym, said that intermittent fasting "isn't for everyone".

People should first have their adrenal and thyroid gland functions assessed to ensure that their bodies can sustain low-calorie diets.

He said research has shown that restricting calories can decrease thyroid hormone production, which may lead to health complications such as weight gain, fatigue and depression. "There isn't a miracle pill, exercise or diet that solves everything," he added.

Mr Richards said the 5:2 and 16:8 diets work the same way, by generating a calorie deficit while allowing people to feel like they are not on a diet during non-fasting periods.

As most fasting cycles are based on caloric and nutrient deprivation for periods exceeding 16 hours, the result is that the body is prompted to use up stored energy sources, said Mr Reynolds.

However, those who do not exercise and are unhealthily overweight should not attempt the 5:2 diet, as they are likely to have poor blood sugar control, which can lead to dangerous outcomes.

The 5:2 diet may also lead to a binge mentality on days when the person is allowed to eat, Mr Richards added.

Legal administrator Wendy Lim started on a fasting diet about a year ago after she read that it was useful for controlling diabetes.

The 36-year-old had gestational diabetes and wanted to cut her risk of getting type 2 diabetes later in life. She chose to fast at least 16 hours a day, eating both lunch and dinner between noon and 8pm, but skipping breakfast.

"It did not work very well for me in terms of weight loss," she said. "However, I did lose some flab as the body takes energy from resting fats when you are fasting. I was surprised to feel the difference."

This article was first published on July 05, 2016.
Get a copy of The Straits Times or go to straitstimes.com for more stories.