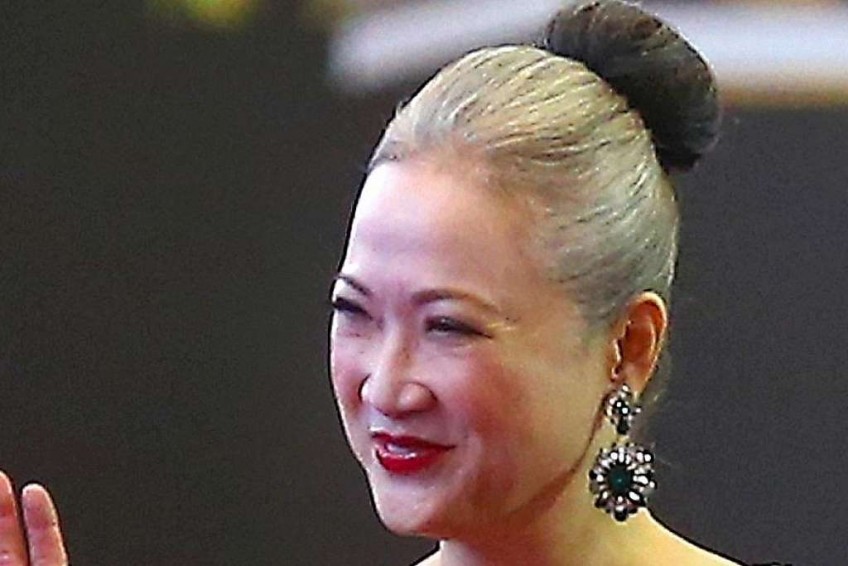 Veteran TV actress Hong Huifang had previously always dyed her hair black or wore a wig. But she proudly flaunted her natural white hair at the Star Awards 2014.
The New Paper

Q: I am a 45-year-old woman. How can I prevent my hair from turning grey or white? Do hair, skin and nail supplements work?

A: Grey hair occurs as a natural process of chronological ageing.

The onset of grey hair varies with a person's ethnicity.

If the greying occurs before the age of 20 in Caucasians, 25 in Asians and 30 in Africans, it is considered premature greying.

At 45, a person can expect to have a certain amount of grey hair. Both men and women are equally affected.

The colour of human hair is due to a process called melanogenesis. This is the production of melanin, a pigment that gives colour to our hair and skin.

Grey hair occurs due to the loss of these pigment molecules, but the cause is not completely understood. Genetic influence is considered to play a role.

Similarly, the effectiveness of various over-the-counter lotions and shampoos that are marketed as being able to prevent hair from turning grey has not been validated in scientific literature.

The camouflage technique of using hair dyes remains the mainstay of therapy.

However, a significant number of people in Singapore develop an allergy to hair dyes - in particular, black colour dyes - due to the chemical, paraphenylenediamine (PPD).

The allergy may cause an itch, swelling or rash along the hairline, neck and face. If this happens, it is important to consult a dermatologist, who can conduct investigations and prescribe treatment.

An allergy to PPD may make a person sensitive to other related compounds. Once the allergy is confirmed, the person should avoid these substances.

E-mail your questions to sthealth@sph.com.sg.

Specify Ask The Experts as the subject and include your name, age, gender, identity card number and contact details.