The ketogenic diet, which revolves around the process of ketosis achieved from a consuming a diet high in fat and low in carbohydrates may be enticing to many, especially those seeking to lose weight.

1. FOCUSING ON MACRONUTRIENTS WHILE OVERLOOKING QUALITY OF FOOD CONSUMED

It is easy to find foods available on the market that technically fit into the keto category, but are in fact not necessarily healthy. 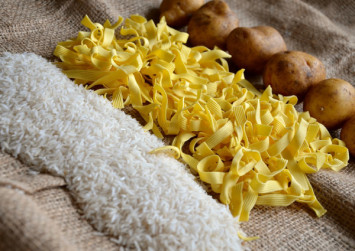 Too strong a focus on macronutrients, the big picture theory of low carb and high-fat foods, in daily food intake risks diminishing the quality of the food actually consumed, Cole said.

Without paying attention to details, among the common mistakes is eating inflammatory foods such as sweeteners, which defeat the purpose of tackling health problems through a ketogenic diet.

Cole says unhealthy ingredients are commonly found hiding in prepacked foods, while emphasizing the importance of reading food labels before purchase. He further suggests opting for whole foods instead, especially for snacks, such as reaching for nuts, seeds and olives, as well as canned wild-caught seafood.

2. TOO MUCH DAIRY INTAKE

Dairy is among the main foods in a conventional ketogenic diet. However, Cole says, many people actually have an inflammatory response to dairy, noting that next to gluten, dairy is one of the most common food allergens.

He further explains that the problem with dairy stems from the treatment of the cow, rather than the dairy product itself. Cole cites the example of the protein subtypes that are commonly found in dairy, namely A1 and A2.

The A1 subtype is present in the majority of conventional dairy products that are available on the market, but it is also a trigger for digestive problems and inflammation as a result of the years of crossbreeding causing casein gene mutations.

To make matter worse, Cole added that most cows are also pumped with hormones and antibiotics. The milk produced by the cows then goes through the processes of being pasteurized, homogenized and having the fat removed, while also then filled with synthetic vitamins to substitute for the lack of nutrients.

The solution to the issue, he says, is to look for alternatives, such as nut milks and nut cheeses. Meanwhile for butter, there is also the option of grass-fed ghee, which puts aside the casein protein, leaving only grass-fed dairy fat.

3. STAYING AWAY FROM PLANT FOODS

Cole says among the most common misunderstandings of people on a ketogenic diet is the need to excessively limit or avoid vegetables due to their carbohydrate content. This condition leads to a lack of phytonutrients and prebiotic foods that are needed to maintain a healthy gut.

While noting that it is definitely necessary to limit carb-heavy vegetables to maintain daily limit ratios, Cole says there are low-carb vegetables that are nutrient-dense that can be enjoyed to achieve ketosis, including in fulfilling electrolyte intake, such as avocadoes, spinach and kale.

Read Also
Lentils with a side of rice: The save-the-world diet? 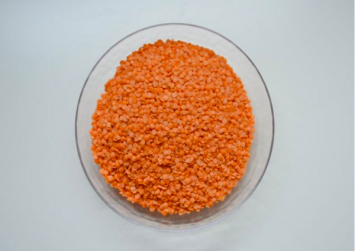 All types of fatty cuts of meats are acceptable in the conventional ketogenic diet, in line with the principle that its fat content and animal sources of protein are loaded with beneficial nutrients, such as B vitamins, which are essential for healthy detox and inflammation pathways.

However, studies show that diets that are high in non-organic, grain-fed conventional sources, or those consuming high amounts of processed lunch meat, bacon or sausage, have been linked to cancer or other diseases.

For those who want to continue eating meat, Cole suggests opting for grass-fed organic cuts of meat and limiting the amount of processed meats. He further highlights seeking wild-caught fish as another source of clean, nutrient-dense animal source of both fat and protein.

ALSO READ: Life still sweet for Singaporean woman who has lived without sugar for more than a year