Is full time work bad for our brains? 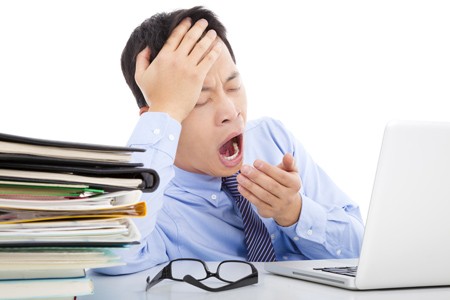 If you're over 40, working more than 25 hours a week could be affecting your intelligence, new research suggests.

Don't do an IQ test after a full week's work if you are 40 years or older. You could be disappointed.

If you're over 40, working more than 25 hours of work a week could be impairing your intelligence, according to a study released in February by researchers for the Melbourne Institute of Applied Economic and Social Research in Australia.

The team conducted reading, pattern and memory tests in more than 6,000 workers aged over 40, to see how the number of hours worked each week affects a person's cognitive ability.

Working 25 hours a week (part time or three days a week) was the optimum amount of time spent working a week for cognitive functioning, while working less than that was detrimental to the agility of the brain for both men and women, the study found.

"Work can stimulate brain activity and can help maintain cognitive functions for elderly workers, the 'lose it or use it hypothesis'," said lead researcher Colin McKenzie, a professor of economics at Keio University in Tokyo.

"But at the same time, excessively long working hours can cause fatigue and physical and/or psychological stress, which potentially damage cognitive functioning."

But why is age 40 the turning point for the mind?

According to McKenzie, our "fluid intelligence", which is how well we process information, starts declining around the age of 20 and "crystallised intelligence", or the ability to use skills, knowledge and experience starts decreasing after 30 years of age.

As many countries have already increased their retirement ages, delaying when people are eligible to start receiving pension payments, McKenzie's latest findings on cognitive fatigue are important.