A heads-up on sports injuries 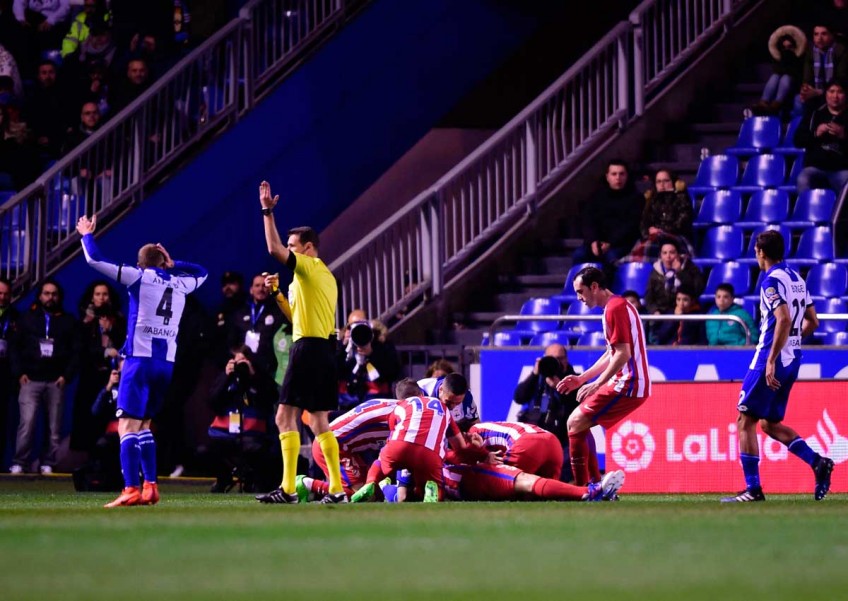 Fans of Atletico Madrid striker Fernando Torres woke up to a shock on March 3, when it was reported that he had suffered "traumatic brain injury" after a clash of heads with an opponent during an aerial duel .

While scans eventually revealed no complications and the Spanish footballer was released from hospital the next day, the incident has raised the issue of head injuries in sports and how to prevent them.

"I often emphasise to patients the importance of wearing protective head gear such as helmets when doing high-risk sports," he said.

Read also: Screen before you start on intensive sports

As there is minimal space for the brain to expand within the skull, any swelling or bleeding in the brain after an impact could cause pressure within the skull to rise and may be life-threatening, Dr Tian said.

But while athletes should don safety equipment whenever possible, not all safety equipment is appropriate for all sports, said Dr Lim Yii Hong, director of Myos Clinic, which specialises in managing sports injuries.

"It would be impractical to expect footballers to challenge for headers while wearing helmets," he said, adding that "we have to ensure safety equipment does not hamper the player's ability on the field".

But Dr Lim added that the possibility of sustaining head injuries has been accounted for by most sports organisations here, especially those governing contact sports. They have implemented rules to reduce the likelihood of injuries.

For instance, in karate, junior competitors are forbidden from making contact with their opponent's head. And senior players can be penalised for hitting an opponent's head with excessive force.

However, there is "no guaranteed way" to prevent head injuries in sports as these can result from high-velocity impact, exposure to flying projectiles like balls or even just unfortunate accidents.

In 2015, Dr Lim treated a floorball player who had accidentally collided head-on with an opponent. "He had mild amnesia and impaired cognitive functions."

The patient made a full recovery in about a month and was not known to have suffered any deficits, he added.

While serious head injuries do not happen very often in sports, the effects of recurring, minor hits should not be overlooked.

In a 2012 study of 85 brains of people who had a history of repeated mild head traumas, 80 per cent of them exhibited symptoms of chronic traumatic encephalopathy (CTE), a progressive degeneration of the brain that results in mood swings and disorders like depression or dementia.

Nearly all of those found with CTE were former athletes who played sports like American football, where mild hits to the head are common and tolerated, according to the study, which was published in the scientific journal Brain.

"An athlete who doesn't seem to be his normal self on the pitch is supposed to be taken off the field," he said, adding that coaches might sometimes be reluctant to withdraw the player for tactical reasons.

He cautioned coaches against adopting a "watch-and-wait policy", especially when head injuries are suspected.

"There might be a significant underlying problem that needs treatment," he said.

Besides the challenge of persuading coaches to withdraw their players, it can also be difficult to detect such injuries.

Dr Sirisena said symptoms of an injury to the head - such as tiredness, headaches and sleep difficulties - are general enough to be dismissed as having other causes and only a clinical examination can reveal the true extent of the injury.

Doctors agreed that timely treatment was key to an athlete's recovery and it could possibly save a sporting career and even a life.

Dr Sirisena said: "If the athlete is managed carefully and gradually returns to the game, there is no reason to change his sport."

Dr Lim said: "Most athletes will recover unless there is severe head trauma. But we should try to minimise the risk and, if an injury occurs, try to reduce its severity."

Head injuries can occur in any sport or recreational activity, and it is not just the player's responsibility to take care of himself.

Coaches and parents can help prevent and reduce the occurrence of head injuries.

Here are some tips from the Singapore Sports Council's Sports Concussion Guide:

If an athlete suffers a head injury, this is what to do:

Coaches or parents should not try to judge the severity of the injury themselves. Instead, they should record information like the cause of injury and whether the athlete has suffered any seizures or loss of consciousness.