SINGAPORE - Singapore's prime minister has urged people to drink water, eat wholemeal bread and choose brown rice over white in a health push that began with an agreement from soda makers to reduce the sugar content in drinks sold in the country.

The campaign is aimed at curbing the incidence of diabetes in the city-state, where the number of adults with the disease could grow to nearly a million by 2050 from 440,000 in 2014, according to the Ministry of Health.

"As a first step, we have got the soft drink producers to agree to reduce the sugar in all their soft drinks sold in Singapore," Prime Minister Lee Hsien Loong said in his National Day Rally speech on Sunday.

The World Health Organisation said last year drinking fewer calorific sweet drinks was the best way to curb excessive weight and prevent chronic diseases such as diabetes, although fat and salt in processed foods were also to blame.

Several countries, including Britain, Belgium, France, Hungary, and Mexico, have either imposed or plan to impose some form of tax on drinks with added sugar. Some have also implemented warning labels on sugary drinks.

Lee said no country had found an ideal solution yet, but if someone came up with a workable plan, Singapore would study and implement it. 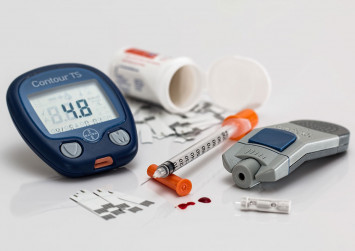 Coca-Cola Co, the world's largest beverage maker, and its rival, PepsiCo Inc, have stepped up efforts to reduce sugar in their beverages. Last year, Coca-Cola said it has 200 reformulation initiatives underway to reduce added sugar in its drinks and is launching more sugar-free, low- and no-calorie products.

PepsiCo last year set a target that by 2025 at least two-thirds of its drinks will have 100 calories or fewer from added sugar per 12 oz serving, up from about 40 per cent.

Lee urged Singaporeans to eat less, choose dishes with less oil, sugar and salt, and "walk a little bit more and work it into your daily routine". Members of his audience would get a free step tracker from the Health Promotion Board, he said.