Hearing loss a major problem for teenagers and young adults

A year ago, Jiao Wenchao, 31 and a college teacher, suddenly realised that he was having hearing problems. The problem grew to such a degree that he decided to seek professional help at a local hospital in Beijing. An examination suggested that both his ears were losing the ability to hear high frequency sounds.

The doctor told him that the problem was caused by over exposure to high frequency and loud noise, including from his earphones.

Neurological hearing loss, as in Jiao's case, is usually caused by exposure to unsafe noise levels, says Pan Tao, an otologist from the Peking University Third Hospital in Beijing. His department receives around 10 patients who have neurological hearing impairment like Jiao every day.

"Such patients are increasing in recent years. Even some teenagers are among them," says Pan. 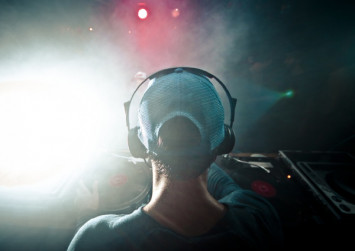 "And during our investigations, we find that many of them follow bad habits such as making phone calls or listening to music for too long and at high volume."

A recent report by the World Health Organisation has warned that some 1.1 billion teenagers and young adults are at risk of hearing loss due to the unsafe use of personal audio devices, including smartphones.

According to the study, safe listening depends on the intensity or loudness of sound, as well as the duration and frequency of listening. When the exposure is particularly loud, regular or prolonged, it could lead to permanent damage of the ear's sensory cells, it says.

The study results have grabbed wide attention on the internet in China. Many internet users admit that compared with more noticeable health problems like eyesight loss, hearing loss has been largely neglected.

Pan says such impairment is usually neglected even by patients themselves as it is usually in the high frequency section, which means that those who suffer it can still carry out daily communication unaffected.

"Often the problem is only found out when they visit our hospital to seek help for more noticeable symptoms like tinnitus," says Pan.

He also says that timely treatment is critical. "This is because sometimes the hearing loss is temporary and can be cured with therapy, including medicine. However, it can become irreversible if the problem is not properly treated within the first two or three months.

"But many people miss the best time to get treated because they do not even realise the existence of the problem."

After Jiao's first check a year ago, the doctor prescribed Jiao medicine to tackle the problem. However, Jiao returned to the hospital recently, and found that the situation had not improved much.

"I understand now that the impairment may be irreversible," says Jiao. "So, I must pay attention to my habit of using earphones, and avoid harmful environmental noises, too."

To mark International Ear Care Day, celebrated each year on March 3, WHO has launched the "Make Listening Safe" initiative to draw attention to the dangers of unsafe listening and promote safer practices.

The WHO study has suggested that unsafe levels of sounds could be exposure to in excess of 85 decibels for eight hours or 100 dB for 15 minutes, such as noise at nightclubs, bars, sporting events and other entertainment venues.

The study also warns that hearing loss has potentially devastating consequences for physical and mental health, education and employment.

It says teenagers and young people can better protect their hearing by keeping the volume down on personal audio devices, wearing earplugs when visiting noisy venues, and using carefully fitted, and, if possible, noise-canceling earphones or headphones.