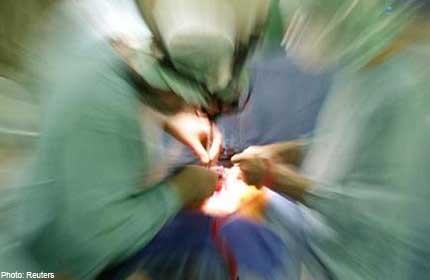 Researchers at Tulane University Hospital found that over the three years following the 2005 hurricane, 2 per cent of patient admissions were for heart attack. That compared with 0.7 per cent in the two years before Katrina.

An earlier study, looking at the two years post-Katrina, had found a roughly three-fold increase in heart attacks over the pre-hurricane years. These latest findings point to a stubborn trend.

"We expected the increase seen during the first two years to decline," Irimpen told Reuters Health.

However, at year three, doctors at the medical center were still seeing more heart attack patients. And those post-Katrina patients were more likely to be unemployed, to lack health insurance and to smoke. They were also less likely to be taking their prescription medications as directed.

Those factors are likely part of the reason for the heart attack increase -- though it's not possible from this study to know for sure, according to Irimpen.

Psychological stress could also have played a role, for example, by prompting people to smoke more, Irimpen speculated.

"I can't definitely say that stress is a cause," he said.

But other studies have found links between various kinds of chronic stress and the risk of heart attack, Irimpen's team notes in their report, published in the American Journal of Cardiology.

Then there are all of the basic things that can disappear when a natural disaster hits: like your ability to eat a balanced diet, get regular exercise or take any medications you need for high blood pressure, diabetes or other chronic conditions.

After Katrina, Irimpen said, there were patients who hadn't taken their medication for months. In some cases, they had no access to a pharmacy or doctor. In other cases, rebuilding became a priority, and medications were forgotten.

The findings are based on nearly 22,000 hospital admissions in the three years post-Katrina, and a similar number in the two years before the hurricane.

The findings come from only one medical center. But Irimpen said he thinks the increased heart attack rate likely reflects city-wide rates.

After Katrina, doctors in New Orleans were noticing more heart attacks. "I knew I was coming into the hospital more often," Irimpen noted. But even if doctors believed heart problems were getting worse, that's not enough. "We needed the data," Irimpen said.

It's not clear yet if the situation has improved. Irimpen and his colleagues are continuing to follow post-Katrina heart attack rates at their center.

But the results underscore the importance of disaster preparation and response, according to Irimpen's team.

In general, experts recommend that you have at least a week's supply of all your medications on hand at all times, plus a list of all prescriptions and other medical information.

And during recovery, Irimpen said, it's important to mind your health as much as possible -- trying to eat well, get some exercise and find ways to ease your stress.